A look at economic developments around the globe

Apple More Than Doubles Hiring of Women and Minorities

A look at economic developments and activity in major stock markets around the world Tuesday:

TOKYO — Japan Airlines filed for one of Japan’s largest bankruptcies ever, entering a restructuring that will shrink Asia’s top carrier and its presence around the world.

Staggering under a $25.6 billion debt mountain, the carrier applied for protection from creditors.

Some $10 billion of government cash will keep JAL’s planes in the air during the reorganization. Lenders will forgive $8 billion in debt, and JAL shares will be removed from the Tokyo Stock Exchange on Feb. 20, wiping out investors.

PARIS — The Paris Club of creditor nations urged all of Haiti’s bilateral lenders to cancel the earthquake-stricken nation’s debt.

Paris Club members agreed in July to cancel their claims on Haiti, totaling $214 million, though some countries have yet to finalize the process.

The Paris Club is an informal group of creditor governments from industrialized countries, and those who were owed money by Haiti are Belgium, Canada, Denmark, France, Germany, Italy, the Netherlands, Spain, Britain and the U.S.

The dispute focuses on a three-year tariff approved in September by President Barack Obama and is the latest in a string of trade battles between the U.S., the world’s biggest importer, and China, the top exporter. The two countries are also arguing over regulations affecting commerce in steel, poultry, patents and Hollywood films.

China told the WTO that the United States had broken a vow it has made with other world powers to avoid protectionism.

WASHINGTON — Foreign demand for long-term U.S. financial assets jumped sharply in November, rising to the highest level in more than two years even though China’s holdings of Treasury securities fell.

The Treasury Department said foreigners purchased $126.8 billion more in assets than they sold in November, the largest gain since an increase of $128.9 billion in October 2007.

China, the largest holder of U.S. Treasury securities, trimmed its holdings by $9.3 billion in November, pushing them down to $789.6 billion, the smallest level since last June.

MUMBAI, India — One year after the founder of Satyam Computer Services confessed to the largest fraud in Indian corporate history, many say that what really sets R. Ramalinga Raju apart is not his malfeasance, but the fact he got caught.

The Satyam scandal stunned India and raised questions abroad about the risks of investing in a country where improvements in regulations and corporate governance haven’t kept pace with its rapid rise in economic and financial clout.

LONDON — The Greek government’s proposals to slash its massive budget deficit won praise from one of the world’s biggest credit rating agencies despite doubts about whether Prime Minister George Papandreou can push the plan through.

Moody’s Investor Services said the government’s plan to restore credibility to its public finances, reform its tax system and combat tax evasion is “relatively well designed,” at least for the short-term.

However, Moody’s said that it is maintaining its negative outlook on the country’s debt given the lack of certainty surrounding Papandreou’s ability to implement the program.

FRANKFURT — German investor confidence dipped for a fourth straight month in January amid expectations that Europe’s biggest economy will recover only slowly from recession, a closely watched survey found.

The ZEW Institute’s confidence index, which measures investors’ outlook for the next six months, slipped to 47.2 points from 50.4 points in December.

Despite the 3.2 point decline, ZEW said the index remains well above the historical average of 27.1 points.

In Europe, the FTSE 100 index of leading British shares rose 0.3 percent, Germany’s DAX rose 1 percent and the CAC-40 in France was 0.8 percent higher.

LONDON — Consumer prices shot up 2.9 percent in the year to December, above the government’s target and the biggest ever month-to-month increase in the annual rate.

The Office for National Statistics said December’s rate, which was higher than expected, reflected the recovery of oil prices from a year-ago slump and a sales tax cut last December.

SINGAPORE — Singapore’s first casino-resort is set to open, a key part of a government plan to reduce reliance on manufacturing and brand the tightly controlled city-state as a cosmopolitan Asian capital.

Resorts World Sentosa will open 1,340 rooms in four hotels, including a Hard Rock hotel and a property designed by architect Michael Graves.

A Universal Studios theme park will likely open next month on an island off Singapore’s coast.

REYKJAVIK, Iceland — The people of Iceland will vote March 6 on whether to approve a deal to repay $5.7 billion to the U.K. and Netherlands for depositors’ losses in a collapsed online bank, the government announced.

Earlier this month Icelandic President Olafur R. Grimsson invoked a rarely used power to veto the bill, which laid out terms for repaying the Dutch and British governments for money they paid to compensate depositors whose savings were lost in the collapse of Icesave Internet bank.

The dispute has jeopardized Iceland’s bid to join the European Union and threatened a crucial $4.6 billion bailout package promised by the IMF and Nordic countries.

BEIRUT — Nearly 2 million tourists visited Lebanon in 2009, a record that exceeds even the glamorous years before the civil war when Beirut was known as the Paris of the Middle East.

Revenue from the canal is one of Egypt’s key sources of foreign income, along with tourism, foreign direct investment and remittances from Egyptians working abroad. The global recession sharply eroded trade and, as a result, led to a drop in the number of ships using the canal. 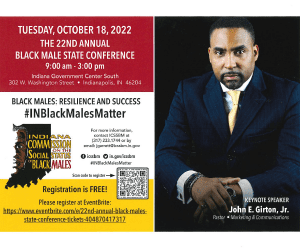 Opinion: Black Business Month has ended, but your support doesn’t have to