Four candidates are wrestling for the Democratic nomination for Center Township Trustee in Indianapolis.

However, one of them benefits from a powerful legacy associated with the office.

Sam “Bump” Carson IV, a career law enforcement officer, hopes to become the Democrats’ choice for trustee on May 8.

“I want to make the application process for assistance easier and friendlier,” Carson said. “I have a lot of ideas we can implement to make the trustee’s office more accessible to those in need.”

He is a grandson of Congresswoman Julia Carson, who served as Center Township Trustee from 1990 to 1996, when she was elected to the U.S. House of Representatives.

Carson began his law enforcement career with the Marion County Sheriff’s Office, where he later was hired as the jail investigator by Sheriff Frank Anderson. He has also worked as an officer with the Indiana Alcohol and Tobacco Commission.

Also running for trustee are incumbent Eugene Akers, community activist Kris Owens and Shelida Kerr, director of the foster grandparent program at Community Action of Greater Indianapolis. The Recorder highlighted Akers and Owens last week. Kerr could not be reached for comment by press time.

“I’m not running against a person, I’m running for an office,” Carson explained. “I believe I can do a better job.”

Some of his goals include making the office more convenient by updating technology to make services faster and opening satellite locations throughout the township, which includes more than 143,000 people and covers over  42 square miles, according to the U.S. Census Bureau.

Carson is able to self-fund his campaign now, but he remembers a time when he had to get utility assistance.

“I’ve been there,” Carson said. “That is why I would like to make the process less intrusive and intimidating for individuals seeking assistance.”

Carson remembers his popular grandmother treating everyone who came to the trustee’s office with “compassion, dignity and respect.”

Supporters say what he learned from her would serve him well as trustee.

“I feel very strongly that she instilled in him the right information that he needs to do the job,” said Lonnell “King Ro” Conley, a former two-term member of the Indianapolis City-County Council and a popular radio personality who is featured in a commercial for Carson. “I think it’s his time.”

If elected, Carson said his tenure would be similar to his grandmother’s style of governing.

“I will do my best to love people the way she loved them,” said Carson. 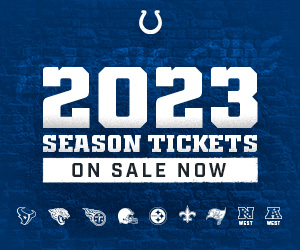