The team of family members at Marsha’s Specialty Desserts and Tierney’s Catering have heard from plenty of naysayers over the years.

There was the commercial real estate agent who said they wouldn’t be able to sustain their business by “selling cakes.” There were those who thought the small kitchen would never allow them to cater an event with hundreds of people.

More than 30 years of doing this work — and almost 10 with a storefront in Avon — should be enough to put those doubts to rest, but just in case…

Marsha’s Specialty Desserts and Tierney’s Catering was designated Indiana Artisan in August, meaning it’s considered to be among the best in the state.

“For something wonderful to happen, especially in the midst of all the disaster, all the tragedy that’s going on in the world, it was wonderful to have something positive to come about,” co-owner Marsha Quarles said.

This was the first time M&T’s, as it’s known, applied for the Indiana Artisan distinction. From there, a jury of culinary professionals — other sections include retail and arts — judged its work.

Quarles and her family have always loved to organize events and bring the food and treats.

“It’s like a work of art for us,” said Michelle Avant, Quarles’ sister and co-owner. “It’s so much fun.”

Their grandfather told them how good they were at baking and planning, and when the family came together as he was dying 15 years ago, he encouraged them to take what had been a home-based operation to the next level.

Quarles’ mother made her take a cake decorating class, which Quarles didn’t want to do. But she did anyway and pressed forward.

Now, the business consists of Quarles, her aunt, mother, brother, husband, son and Avant. Their cousins help too.

“When we get together, it’s in his spirit,” Avant said of her grandfather. “He’s the center of everything, of our love together.”

Even during a pandemic, the Indiana Artisan designation has brought along more business and recognition. Social media has gotten more traction too.

M&T’s was recently designated Indiana Artisan, meaning it’s considered to be among the best in the state. 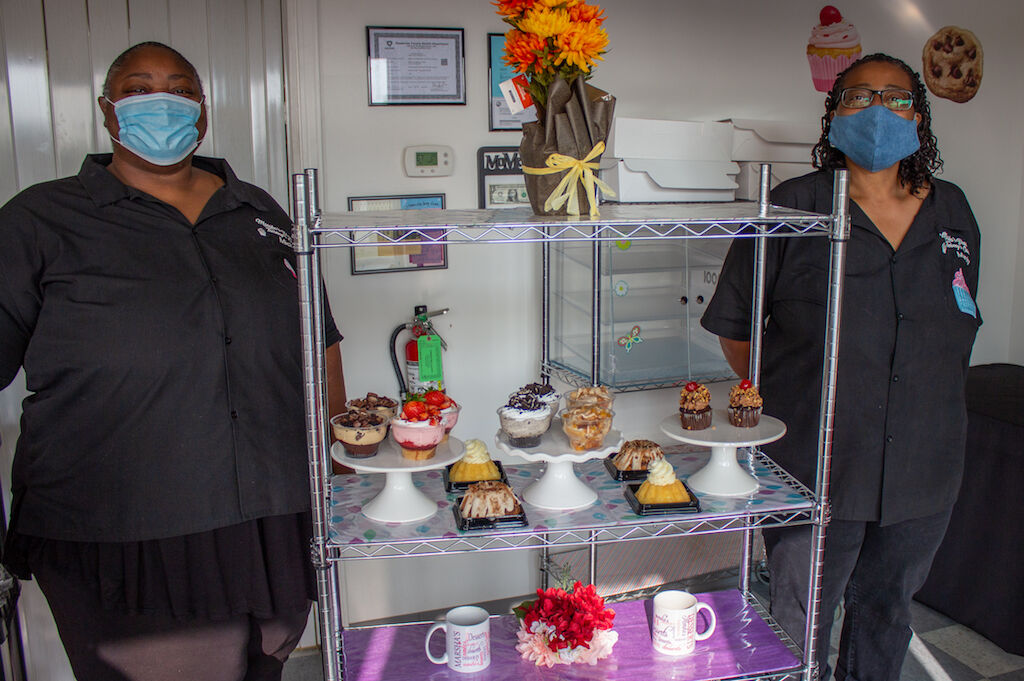 L-R: Michelle Avant and Marsha Quarles, sisters and co-owners of Marsha’s Specialty Desserts & Tierney’s Catering in Avon, stand next to some of their top-selling desserts. (Photo/Tyler Fenwick)

L-R: Michelle Avant and Marsha Quarles, sisters and co-owners of Marsha’s Specialty Desserts & Tierney’s Catering in Avon, stand next to some of their top-selling desserts. (Photo/Tyler Fenwick)