More than 125 people gathered at an Indianapolis church recently to seek solutions to crime with city officials, but an important component of the discussion was not there.

The town hall meeting took place July 24 at Second Baptist Church on the northwest side. It was organized by City-County Council member Jose Evans in the wake of the police beating of an Indianapolis teenager in May, and seemed to take on more urgency after downtown shootings had injured 10 people a week earlier.

However, participants in the town hall were disappointed that city officials decided to skip it. Although Indianapolis Metropolitan Police Department Chief Paul Ciesielski and Public Safety Director Frank Straub had been invited, a spokesperson said both had to cancel because of prior commitments. Evans, a Democrat, is running for mayor against the police administrators’ boss, Mayor Greg Ballard.

The forum was led by a panel of community leaders and volunteers, including Le’Deana Brown, editor of Midwest Leak magazine; Fredereka Hill of Indianapolis Citizens Against Brutality; Bishop T. Garrott Benjamin, senior pastor of Light of the World Christian Church; the Rev. Mmoja Ajabu, minister for social concerns at Light of the World Christian Church; and Shantay Chandler, mother of Brandon Johnson, the 15-year-old who suffered injuries during an arrest by Indianapolis police in May.

“The forum is needed as it was originally designed to continue conversations with public safety officials and the community about solutions to crime and to improve police-community relations,” said Benjamin. “The problem is the police did not show up as promised and that subverted the purpose of the meeting. We cannot have progress without dialogue. Candid conversations may be uncomfortable but necessary for the health and healing of the community.

Public Safety Director Straub told the Indianapolis Recorder Newspaper in June that “We need to have a conversation about the real issues that are contributing to crime, such as poverty, unemployment, public health concerns and Black-on-Black youth violence. If we don’t, we’re going to keep burying kids.”

But leaders of the town hall said the police missed an opportunity to engage the public on reducing crime when they didn’t show up.

“The forum accomplished very little because its purpose was subverted,” said Benjamin. “Ironically, it demonstrated the disconnect between the city administration and the Black community while at the same time showing the frustration and pain experienced from Black families, who have been violated by police work gone amok. The absence of the police based on a last minute excuse was blatantly disrespectful and definitely sent the wrong message.”

Evans, who will face Melina Kennedy and former Councilor Ron Gibson in next May’s Democratic primary, said his forum was needed because so many residents of Indianapolis felt like no one in government wanted to listen to their concerns and address their issues. He said it was an opportunity for IMPD, city officials and neighborhood residents to have an open dialogue.

“Over 125 people came out on a Saturday morning to discuss community issues as well as provide solutions to their concerns,” Evans said. “Because of this forum, there will be another gathering, except this will only deal with individuals under 21. This will provide these young adults the opportunity to tell politicians, leaders, the church, etc. on their thoughts and feelings. But more importantly, it will give them the chance for adults to hear from them.” A date has not been determined yet. 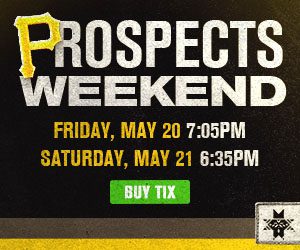