City-county councilors could see their first pay increase in more than 20 years. A proposal introduced to the council May 2 calls for the council’s salary to increase from $11,000 to $31,000, effective in 2024.

The last time the council got a pay raise was in 2002.

“It doesn’t just limit it to folks who can afford it,” he said.

Osili said he can’t speak for all councilors but estimated he works an average of 25-35 hours per week. At 25 hours, that would translate to about $8.45 per hour for base salary.

• The exact salary in Proposal No. 181 is $31,075. Currently, councilor pay is set at 12% of the mayor’s salary. Councilors would also get the same cost-of-living adjustment that city and county employees receive.

• The vice president, majority leader and minority leader would receive an additional $2,250, up from $1,320.

• The chairman of each standing committee would receive an additional $1,250, up from $797.

• The chairman of each special committee would receive an additional $66 for each calendar month the committee meets.

Theoretically, the council president who chairs a standing committee would top out at about $35,500, plus the per diem allowance and compensation for chairing a special committee.

The proposal will go to the council’s Rules and Public Policy Committee and could be approved as early as June. Osili said he thinks it will be “pretty widely supported” among councilors.

Part of the reason it’s taken two decades to get a pay raise for the council, Osili said, is because of the optics. He said waiting until 2024 to increase pay makes it so current councilors aren’t giving themselves a raise. All council seats are up for election in 2023.

Osili said a salary of $31,000 would make Indianapolis similar to other comparable cities with a unified city-county government. 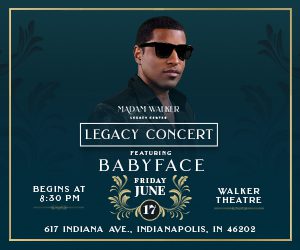