Connected To Her Roots. 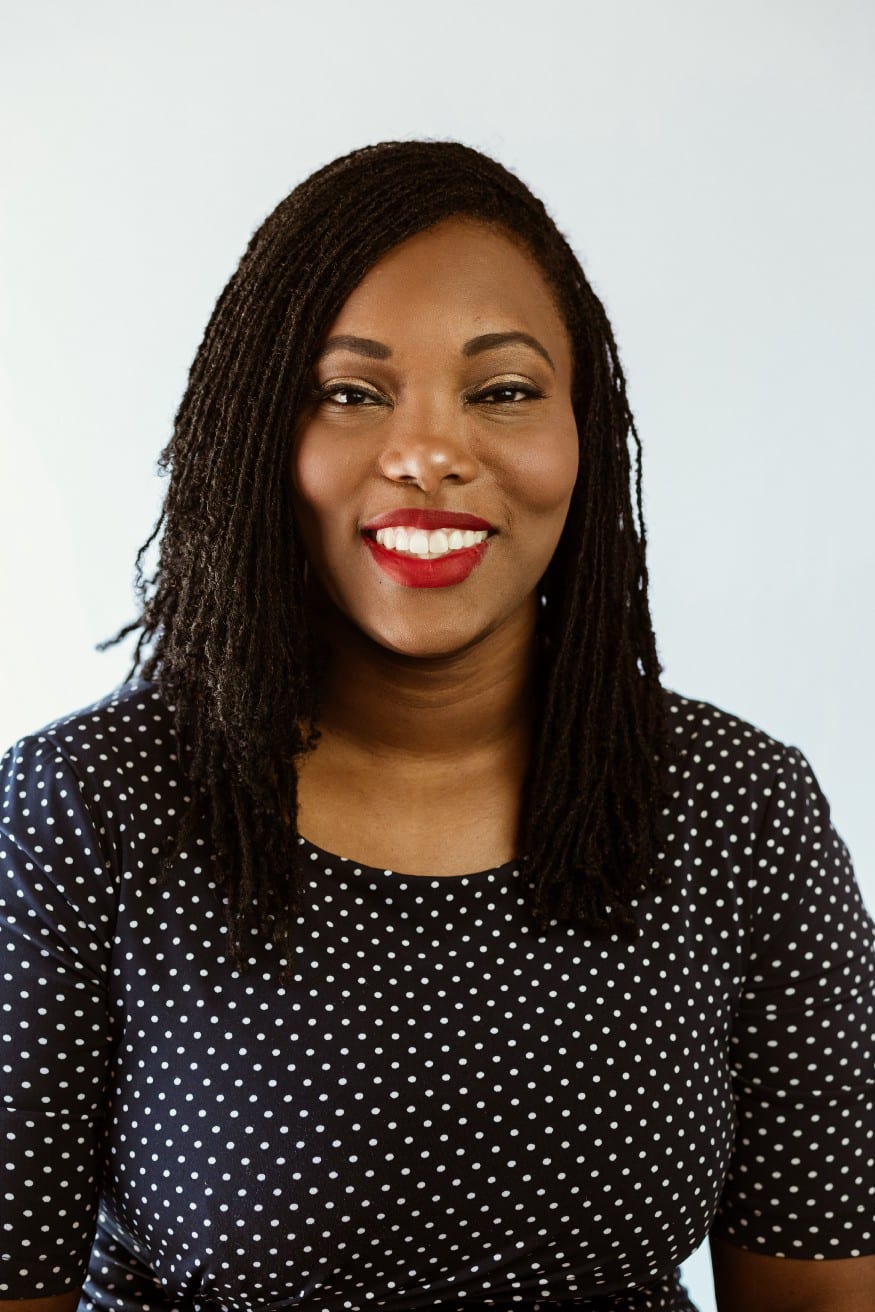 Ma’at [pronounced my at] Lands has always felt a deep sense of connection and responsibility to her community. While growing up on the east side, her father was the executive director of the Fall Creek YMCA and her mother worked at the Fay Biccard Glick Community Center at Crooked Creek serving Pike & Washington Townships. It is not surprising, given her family’s influence, that Lands identified at an early age that she wanted to engage in education in a meaningful way that would positively impact the lives of young people.
After college, the first person to offer Lands a job was the assistant principal from her high school. Lands taught in IPS in the same school where her mom had attended decades earlier. During that experience, Lands saw the discrepancies in education, witnessing first hand that all schools were not created equal; not all schools have access to highly qualified teachers nor the necessary resources to help students succeed post graduation. Lands shares that her students at IPS had some of the highest scores on the Biology ECA. In addition to teaching, Lands coached sports and served in a leadership faculty position.
Six years into her career, Lands’ mother became ill, so she left IPS to support her mom at the community center. Lands ran after school programs and also worked part-time as a science teacher in Pike Township. When her mom passed away, Lands made the decision to return to education and became a founding teacher at a charter school. Lands earned her administration license from Marian University and became an assistant principal, also at a charter school. Lands is the ninth of eleven children in her family and has over twenty-six nieces and nephews. One of her nephews struggled at Carmel High School and moved to a smaller charter school where he thrived.
“For many students, attending a smaller school is better for getting the support they need, like my nephew,” says Lands, Founder and CEO of Rooted School. “This is one of the reasons why I wanted to open a Charter school.”
In 2017, a mentor to Lands, LaTonya Turner, reached out and shared information about a school in New Orleans. The New Orleans school created personal pathways to financial freedom and is named 228 North Star after the amount of years (228 years) an average Black family needs to achieve the same amount of wealth that an average white family has.
Lands knew that she needed to bring this type of school to Indiana so she moved to New Orleans to immerse herself in the 228 North Star school culture in order to recreate this back home. Her New Orleans sabbatical was a giant leap of faith. Miraculously, once she returned, she was able to open a school through the Mayor’s office and backed by Eastern Star Church.
Eastern Star used to have a school years ago, but it closed. They were strongly supportive of the 228 North Star model and collectively, they named it Rooted School.
The 46218 / Arlington Woods neighborhood demographics: 21% Unemployment rate, 31% poverty rate, 14% post-high school degree, and 76% people of color. Technology is supposed to be the great equalizer for communities, regardless of their color palette. While the potential is there, Herculean efforts must be undertaken to make this a reality. Rooted School focuses on culturally relevant curriculum for their students and is community-driven. Their name is Rooted School for a reason: they are Rooted in their community.
“Over three hundred thousand jobs in tech are opening in the next ten years and how do we get students into STEM careers faster and getting them exposed to tech earlier,” says Lands, who lives in Arlington Woods. “Black students are being left behind and we need to accelerate and create producers of technology.”
Lands grew up in the Arlington Woods neighborhood and is intimately familiar with the challenges that the population faces. Eastern Star, in conjunction with other partnerships, are working hard to provide affordable housing for residents and a safe place, like the Youth Center, which is being built to help students feel more secure.
“The east side is an often forgotten place and the decisions we [Rooted School] make are with the community, not for the community,” states Lands. “We work in conjunction with our parents and neighborhood association to support students and families in the best way possible.”
Mrs. Tramell, now a parent of a Rooted School student, originally heard about Rooted when she attended a parent meeting at Eastern Star. She liked what she heard about not shoving students towards college unless that is what they really wanted to do. Her son had been pushed through to 4th grade before someone would listen to her about his learning disability. Mrs. Tramell had spent years advocating for her son without much help. When she was finally able to get him tested, they discovered that he was dyslexic. Public school was failing him, but a private charter school had helped. While Mrs. Tramell’s son was back in public school for his middle school years, they did not have the resources to help him. Upon hearing this story, Lands asked Mrs. Tramell to write down her information, her son’s name, and which school he attended. Lands asked to be in a meeting with his teachers. Lands not only helped Mrs. Tramell’s son while in middle school, she helped get him a tutor. This was all before Rooted School opened. Mrs. Tramell’s son is now part of the inaugural freshman class at Rooted School. According to Mrs. Tramell, her son used to stay quiet, and now he is opening up more.

“Someone is reaching him. It’s one thing to teach — it’s another thing to reach a student,” says Mrs. Tramell, whose son’s grades have dramatically improved. “We could have avoided a lot of drama if we had the right intervention earlier. I was adamant that my son was not going to be another statistic unless it was something positive. God provided an outlet. I am just amazed at the Rooted School. Any parents out there who know the issues that I have gone through with my son, send them to Rooted.”

The goal of Rooted School is for every student to graduate with a college acceptance letter in one hand and a job offer in the other. Ma’at’s niece is a student at Rooted. The students are an extension of her as if they are her own children, like Mrs. Tramell’s son. Rooted School has many community partners, including Eastern Star Church, Martin University, Ivy Tech Community College, and Eleven Fifty Academy. All of these organizations are working together to facilitate positive impact for students and their community.