No surefire QB solution for Colts in the upcoming draft

Trading Turner is business, not personal for the Pacers

Two of the most storied franchises in NFL history are set to tee it up in Dallas on Feb. 6, as the Green Bay Packers and the Pittsburgh Steelers advanced from their respective conference finals to the NFL’s biggest stage, Super Bowl XLV.

In the NFC, the most celebrated rivalry in the NFL got a dose of playoff football as Green Bay visited Chicago for all the marbles. The Packers came out guns a blazing with quarterback Aaron Rodgers marching the Packers down the field on their initial possession. The pass happy Rodgers made Bears fans cringe when he actually ran in for a touchdown and gave the Packers the early lead in the first quarter.

Packers running back James Starks scored the only points of the second quarter when he ran in from four yards out and Green Bay was up 14-0 at the break. The Bears offense, which sputtered behind quarterback Jay Cutler, would turn to back up quarterback Todd Collins when Cutler could not return to action in the second half due to a knee injury. Collins too would prove to be ineffective, so Chicago turned to seldom used third string quarterback Caleb Hanie, who with nothing to lose, came in and gave the Soldier Field faithful a rally they could get behind, leading the Bears to a quick score and cutting the lead in half.

On the next Chicago possession, Green Bay’s B.J. Raji would then intercept Hanie and waltz in (as much as a 338-pound nose tackle can waltz) for a touchdown and seemingly put the game out of reach.

But Hanie would again strike, finding Earl Bennett on a quick 35-yard touchdown and the Bears were back in business at 21-14. The Packer offense stalled giving Chicago one last opportunity, but when Sam Shields picked off Hanie’s pass for his second interception of the day, the Packers were able to leave with the George Halas Trophy in hand and bound for a match up in Dallas  against the AFC Champions.

The AFC championship pitted the Pittsburgh Steelers at home against the New York Jets, who were playing in the AFC title game for the second straight year. Pittsburgh’s bruising running attack led by Rashard Mendenhall, would set the early stage, as the Steelers dominated the Jets, who could only manage a field goal just before halftime to enter the locker room trailing Pittsburgh 24-3.

But the Jets defense would return to form and show their fangs and hold Pittsburgh scoreless in the second half. The Jets offense would also find a rhythm and quarterback Mark Sanchez would toss two touchdown passes in the second half and in the process, resurrect hopes all through New York City for an improbable comeback. The Jets would cut the lead to 24-19 but could not keep the Steeler offense from running the clock out and claiming the Lamar Hunt Trophy, and in the process punching their ticket to Dallas for what will be their eighth Super Bowl appearance.

Danny Bridges, who will over-eat on Super Bowl Sunday, thinks Green Bay will win a competitive game, and is still wondering why the Black Eyed Peas are the halftime act at the Super Bowl. He can be reached at (317) 578-1780 or Bridgeshd@aol.com. 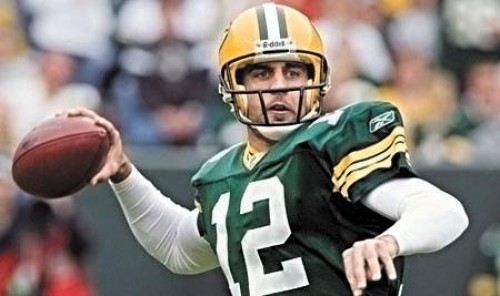