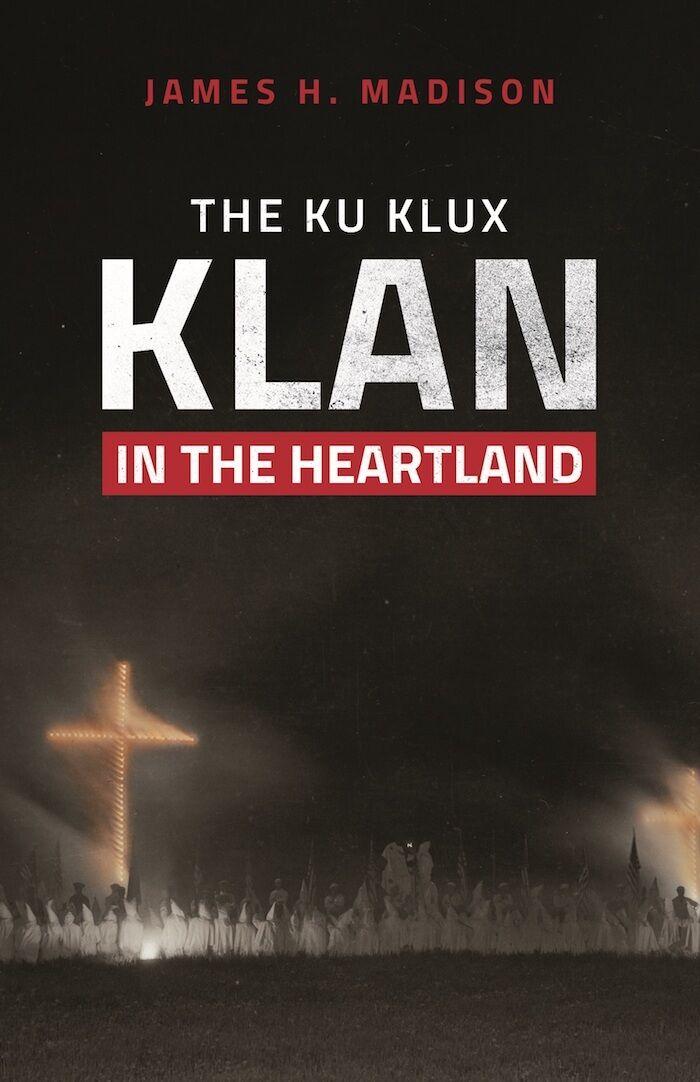 Defining what the Ku Klux Klan was in the early 1900s is as important as defining what it wasn’t.

The KKK also wasn’t a stain reserved for the Deep South. Its influence and membership stretched virtually everywhere, including Indiana, which in the 1920s had as many as 250,000 members.

Indiana University emeritus history professor James H. Madison will share insights from his latest book, “The Ku Klux Klan in the Heartland,” during a virtual talk put on by Indiana Historical Society at 7 p.m. Oct. 15.

The Zoom event is $10 for guests (or $36 with the book) and $5 for IHS members (or $30 with the book) at indianahistory.org. Registration closes two hours before the event.

Madison said he worked on the book for three years. As an Indiana historian, he found there are a lot of misconceptions about the klan that have passed from one generation to the next. The result, Madison said, is white Hoosiers — and white Americans in general — are allowed to “believe and say things that simply have no basis in historical truths.”

Madison said he wants people to understand how the klan created an us “us versus them” environment.

A chapter of the book is also dedicated to Hoosiers who stood up to the klan, including the Indianapolis chapter of the NAACP, which led a political crusade against the KKK in 1924.

The klan’s presence has declined drastically over the decades, but it still isn’t difficult to find remnants or whole remains of the overarching ideology that says native-born, Protestant men represent what an American is supposed to be while everyone else pulls at the threads of the social fabric.

Susan Hall Dotson, coordinator of African American History at IHS and the moderator for the event, said the klan is probably still active to an extent, just with different names.

“Understanding that will help us understand some of the nationalist sentiment we see today,” she said.

It’s a bit of coincidence that this event comes on the heels of months of protest in Indianapolis and other parts of the country. The historical society has known for more than a year Madison was finishing his book soon but didn’t know exactly when.

THE KU KLUX KLAN IN THE HEARTLAND

Indiana University emeritus history professor James H. Madison will share insights from his latest book, “The Ku Klux Klan in the Heartland,” which examines the Klan’s operations in Indiana and the Midwest.

• Where: Zoom (register at least two hours in advance at indianahistory.org)

In a year shrouded in darkness, Indianapolis artists used their talents to revitalize the city. Following the May death...
Read more

The Art & Soul Festival, hosted by the Arts Council of Indianapolis, is usually a chance for artists and Indianapolis residents to...
Read more
Uncategorized

This program is closing the opportunity gap for black and brown students. Find out how you can participate.
Read more
Opinion

Do an image search of the word “soldier” online, and the pictures revealed will be overwhelmingly white and male. However, African-Americans and women have...
Read more