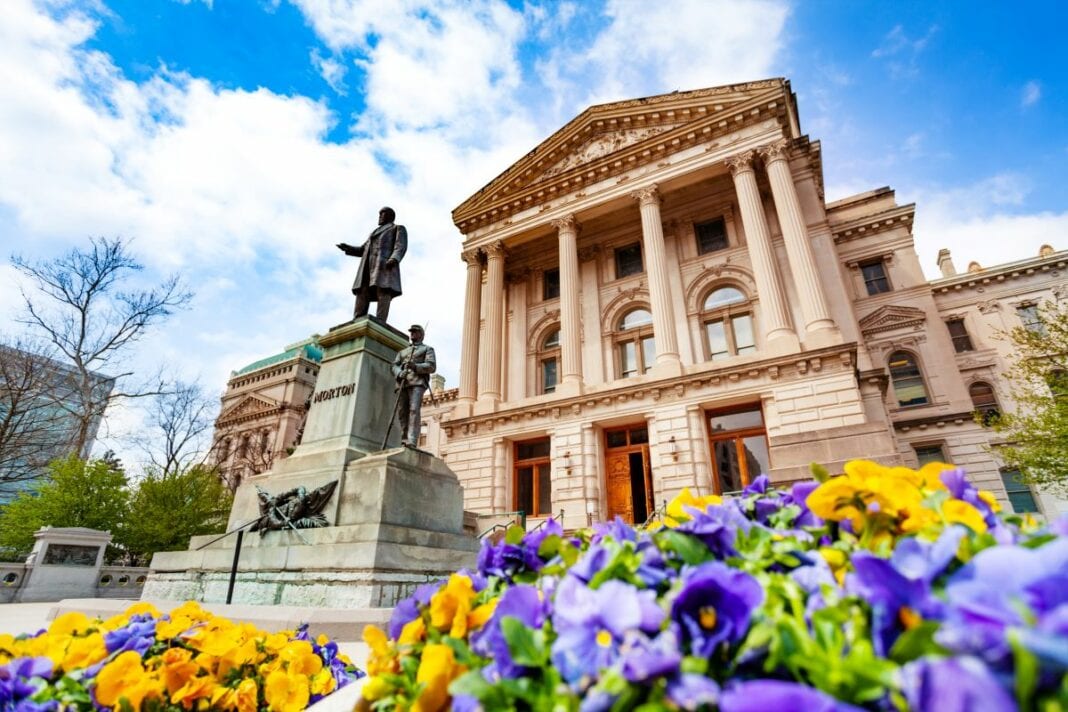 YOUR MOST IMPORTANT CHOICE ON THE 2022 BALLOT? AN OFFICE ‘AT THE VERY HEART OF OUR DEMOCRACY’

The leaders who came to the Indiana Statehouse on Sept. 1 represented six different faiths but delivered a single message, telling Indiana lawmakers that the decennial redistricting that they will soon begin is more than a political process.

“The only way our democracy in Indiana can be strengthened is a fair and transparent redistricting process. … Gerrymandering is sin,” said Rev. David Greene of Indianapolis-based Purpose of Life Ministries at a lunch-hour news conference outside the fourth-floor Statehouse Chapel.

It was held two days after the Republican majority caucuses in the Indiana House and Senate announced that their proposed congressional and legislative maps for the coming decade would be made public beginning on Sept. 14. That is two days before the first of two public hearings on the enabling legislation is planned — too short an interval for public input or transparency, Greene and the five other faith leaders warned.

Without sufficient time for the public to review the maps and respond, they added, Indiana likely is in for a repeat of its 2011 redistricting, which set the stage for a decade of Republican supermajorities in both legislative chambers and has been criticized as one of the nation’s clearest examples of gerrymandering, or the manipulation of district lines to benefit one political party over another.

“That’s about preserving power,” said Rev. Patrick Burke of St. Paul’s Episcopal Church on the Indianapolis north side. “That’s not about equality. That’s not what God has intended for us.”

Angela Espada, executive director of the Indiana Catholic Conference, said she was calling on the Catholic members of the legislature to “be fair” and hold true to the tenets of their faith such as “advancing the common good.”

“If you are getting ready to draw a map so that you remain in power,” she said, “you are not putting other people before yourself. … That’s not advancing the common good.”

Haley Pritchett contributed reporting. She is a reporter for TheStatehouseFile.com, a news website powered by Franklin College journalism students.