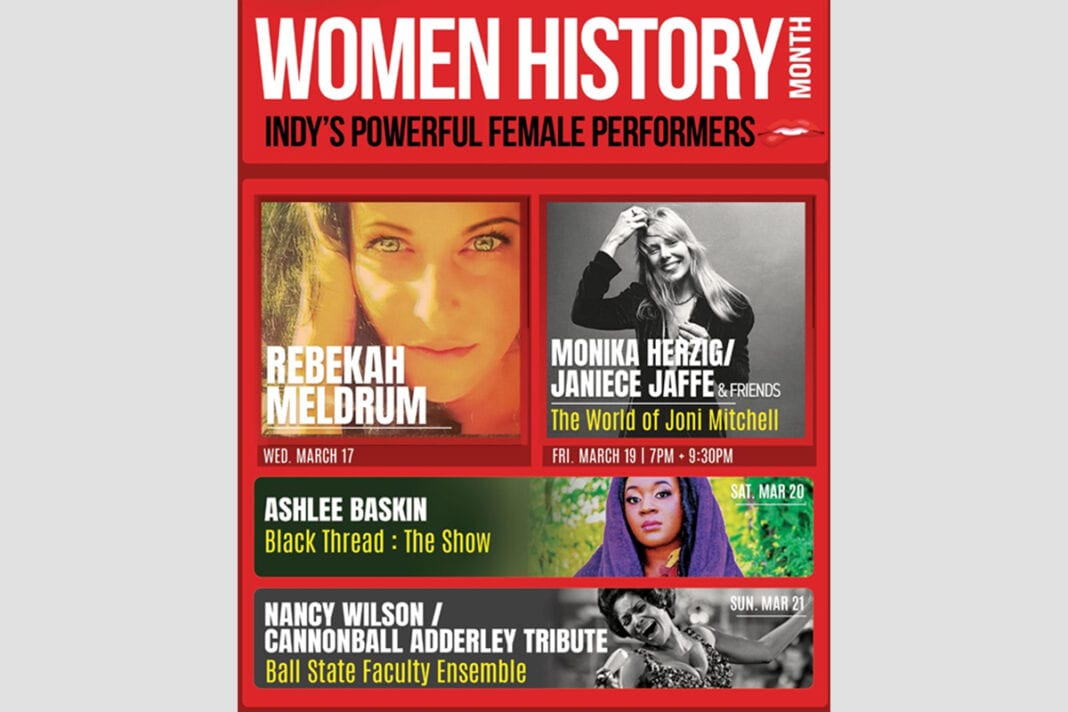 n honor of Women’s History Month, the Jazz Kitchen is celebrating women’s contributions to music through a series of concerts.

Baskin got involved in the month-long event after Native Sun drummer Richard “Sleepy” Floyd mentioned her name to Jazz Kitchen staff. Baskin is looking forward to the opportunity to connect with a diverse audience to share stories of womanhood, Black excellence and the trials that come with being Black in America.

Baskin first performed “Black Thread,” the title of a spoken word piece in the set, for a virtual audience for the 2021 Arts & Soul festival. The Jazz Kitchen performance will be her first time performing it for a full audience, with added songs and elements that had to be cut for time in the Arts & Soul performance.

“The audience can expect a completely immersive experience,” Baskin said. “… It will be a multi-sensory experience. They’ll be enjoying a good meal and will be engaged through audience participation. I try to stay in tune with the energy of the space, and I’m hoping they feel just as connected to me and the messages of the performance.”

The set features several Nina Simone covers, as well as a tribute to lives lost from police brutality, both locally and nationally. For visual elements, she incorporates photos and videos taken during Indianapolis Black Lives Matter protests last summer. Baskin expects the audience to be fairly diverse in terms of race and gender, and said music provides an opportunity to bridge gaps between different demographics.

“Music is a universal language, and just by listening to the lyrics, watching how Black women express themselves, a lot can be learned,” Baskin said. “Me being a Black woman, I can speak to a lot of things, but just being a woman, there’s a lot more commonalities in experiences and struggles. Once those bridges are crossed over, we can unite.”

To further the conversation about women and the issues and experiences they face, Baskin added elements to celebrate the contributions of women to music and society, which she said are largely overlooked.

“I don’t think women are given the visibility, especially Black women,” Baskin said. “I have noticed recently more intentional highlighting of women creatives of color … and as a woman performer, I want to bring more women into the conversations as I continue to celebrate womanhood and Blackness.”

The Jazz Kitchen will continue to celebrate women — including Black women — well after Women’s History Month is over. Local artists Yvonne Allu and Sandy Lomax will celebrate the life and work of Ella Fitzgerald on April 24 for the anniversary of the jazz singer’s birth.