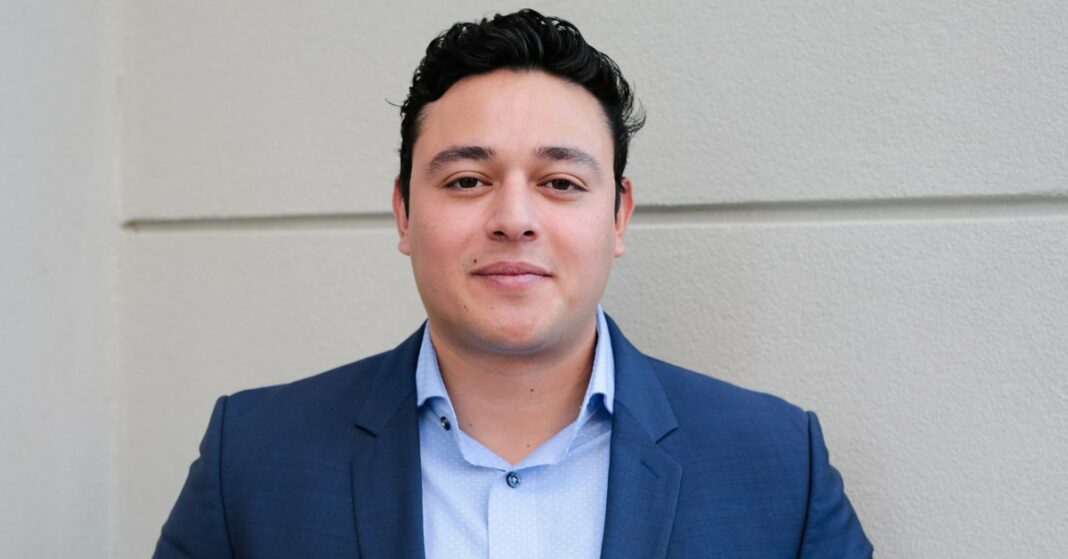 James Turner is Committed to Community

At a recent Coffee + Connect event at Eleven Fifty Academy, Andres Urrea shared his story of how he found his way to Eleven...

Sam Reskala Eguiarte has moved around a lot. He was born in Mexico and before the age of twelve, he and his family had moved eight times due to his father’s job as a developer and software engineer.

“My dad was very much apart of the IT world,” says Sam. “Not long after we moved to Chicago, my dad had an offer to relocate us to Italy and my sister said, ‘No more!’ to the moving, so we stayed in Naperville.”

An avid soccer player, Sam continued playing for clubs wherever they lived and was a member of Mexico’s U16 National Team. “It was a great experience,” recalls Sam of his soccer days. “We traveled to China, Brazil, and across Europe.”

Sam’s parents strongly encouraged him to get the most out of his college experience, so he decided to forgo soccer for finance at the IU Kelley School of Business. A self-proclaimed finance nerd, Sam landed a job after graduation with a third party logistics firm. Not knowing which direction he wanted his career to take, he then became a top tech recruiter with a different firm. Sam loved engaging with the tech recruits and having been exposed to tech by his parents, he became more interested in pursuing a career in tech for himself. Even though his dad was an IT expert, Sam was not that into computers as a kid and had an average exposure to technology during school.

The more Sam networked, the more interested he became in possible technology careers. The stories he heard of the application of daily creativity and flexibility as a software engineer sounded appealing to him. So much so, that Sam engaged in an inexpensive online course to explore learning how to code, which he dabbled on the weekends since he was working during the week. By the end of 2019, he decided that he could see himself in tech and looked towards bridging opportunities to make this happen. He first enrolled in a business analytics graduate school program, then the pandemic hit and everything shut down.

Sam and his girlfriend wanted to remain based in Indianapolis and they consulted with their friend, Natalie Hart, a Career Placement Advisor with Eleven Fifty Academy, who was encouraging about his career prospects in Central Indiana. He recognized this as an opportunity since a lot of people were getting laid off and the economy was slowing. He looked at the positive aspects of the pandemic and he left his job to commit to becoming a software developer via Eleven Fifty Academy. Sam was able to immerse himself full-time into coding thanks to grant opportunities through Eleven Fifty Academy.

“I went all-in, which I highly recommend. If you are motivated, you will find a way to make it happen,” states Sam, who loved his instructor, Andrew Torr. “I love seeing the LinkedIn notifications of my fellow graduates from my cohort with news of their new employment.”

Sam began his career as a software developer with 120Water within a month of graduating from Eleven Fifty Academy. To prepare for the initial job interview, he built an app from scratch that mimicked what their product looked like and got the job.

Sam is excited about the opportunities of working with 120Water. “I work for a company that helps people. They track pollutants in water, such as lead, which helps keep people healthy.” “The Eleven Fifty Academy experience prepared me to not only write my own code, but to read other people’s code and adapt accordingly,” says Sam of his immersive educational experience with Eleven Fifty Academy. “The way they teach you things helps you gain the confidence to apply what you learn on your own and within teams.”

James Turner is Committed to Community