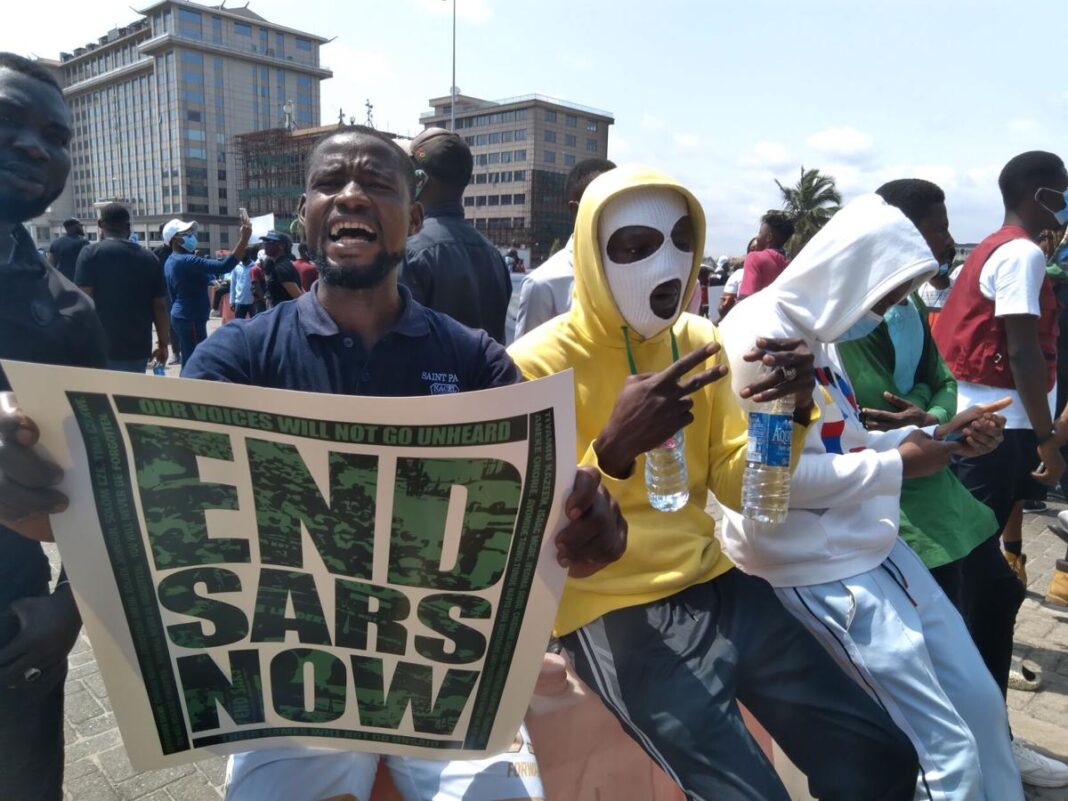 What is Nigeria? A place? A people? A way of doing things? A flag? A government?...
Read more
Opinion

Everywhere you turn, citizens are rising.  Crying out “enough,” taking control of their own situation.  The same is...
Read more

Everywhere you turn, citizens are rising.

Crying out “enough,” taking control of their own situation.

The same is happening right here in Lagos and other major cities around Nigeria.

During the COVID-19 lockdown that began in April, many in Lekki, a waterfront suburb of Lagos (and a melting pot of the diverse groups in Nigeria), feared the inevitable collision of cultures and realities, as a result of the hardships that would occur. With no hope of the daily labor and peddling of petty goods which sustained the poor, perhaps they would have no choice but to feed on their rich neighbors.

The lockdown made many understand that the boundary lines that appear to separate the rich from the poor are indeed only mental constructs that can be shifted and swayed by the most dire of situations.

So the affluent residents of Lekki decided to act.

Several food bank programs were organized to provide daily meals for the masses of people who would ordinarily go without. COVID-19 awareness was carried out during the feeding exercises to sensitize the people on how to stay safe during the pandemic.

That intervention kept Lekki safe and secure during the lockdown.

Realizing the power of collaboration for the social good, the same residents decided to overhaul the governing structures in Lekki, which they felt were not responsive enough to the basic requirements of its constituents. They lobbied, influenced, campaigned, activated and elected a new leadership team empowered to bring about inclusive developments to the community.

Peoples’ expectations set the standard for the sort of systems that operate in any society.

When the people expect nothing, they get nothing. When we expect mediocrity, we get just that.

For too long, the Nigerian people have swung to both ends of this pendulum: indifference and inadequate expectation. We blame the government for our failing institutions, yet carry on business as usual, even after we hear the incredible reports of corruption and injustice.

But right now, there is an awakening!

The people are realizing the power in their voice; in their involvement and sustained expectation. The prevalent disappointment and disillusionment with government and the entire polity is giving way to calls for action, determination of outcomes and the power of one voice.

The recent #endsars protests are fueled by long-standing grievances held by young Nigerians toward abuses suffered in the hands of security operatives. Being profiled, targeted and brutalized by representatives of an institution mandated to protect lives and property, is one national offense that the youths refused to suffer any more. The list of victims is endless; people going about their daily lives, cut down with impunity and nothing done about it.

For too long, our lives have been the outcome of one failure or the other. Global injustice, poor leadership and our own failure to rise to the occasion.

Enough! This young Black generation will have our say. We will make our own way. Our children will not be handed blames and excuses, but rather a nation they can be proud of. A heritage that they can call their own.

Why is Nigeria rising significant to the well-being of the global Black community?

Nigeria, the most populous Black nation and giant of Africa, is strategic in its population and diversity. More than 40% of the population of 196 million are under the age of 14. By 2047 it will have overtaken the United States to become the world’s third-largest nation with 387 million people, according to UN projections.

Christians and Muslims coexist seamlessly in Nigeria. The boundary lines that separate us are artificial and politically-motivated. We celebrate the public holidays on both the Islamic and Christian calendars. Religion and ethnicity aside, we all share a common bond of kinship and brotherly love.

The tide is turning for Nigeria. It’s greatest force, the youth, are rising. The impact of this will be felt across the world, as the ripple effect permeates through Black culture and communities. As this hitherto sleeping giant rises, all of Africa will rise along with her, and together take our place.

The events that occurred last week in Washington will stay with me, and all Americans, for years to come. I was in...
Read more
Opinion

Black Indianapolis has to rediscover a culture of life. Last year we lost 158 Black people to criminal homicides...
Read more

The insurrection at the Capitol is as American as apple pie. I know many in white America have a...
Read more
Local News

Rep. André Carson was targeted during the attack on the Capitol Jan. 6. A note written by terrorist Lonnie Coffman that categorized...
Read more
Business

Two Central Indiana entrepreneurs want to make it easier for people to document negative interactions with police and give civic organizations the...
Read more
Community Voices