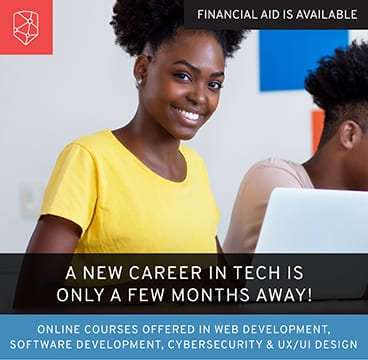 Diving into tech entrepreneurship takes grit and guts, with a heavy dose of optimism. The team at Qualifi certainly fits this description. Co-founders Darrian and Devyn Mikell, both Avon High School grads, had an ideal blend of experience when they created Qualifi, a tool for high volume recruiters. Their first hire was friend and coder DeSean Prentice, who taught himself how to code in his downtime during college. DeSean serves as Qualifi’s Vice President of Engineering.
Qualifi increases efficiency for first phone interviews via their on-demand experience, taking less than a day for these initial interviews instead of the industry standard of a week. Qualifi enables these fast initial phone interviews for the job market, eliminating this delay.
DeSean, originally from South Bend, and Devyn, were both athletes at Indiana State University. DeSean played football and ran track, where he met Devyn, who was also on the track & field team. As a side hustle during college, DeSean and Devyn co-founded a food truck business, named Twisted Fry. During the winter down time from the food truck, DeSean taught himself JavaScript, a coding language. After graduating from undergrad and after earning his MBA, DeSean’s first job helped him hone his coding skills as he learned voice technology.
After college, Darrian was the first employee at Viral Launch, a platform that helps launch products on Amazon marketplace. He met Viral Launch founder Casey Gauss at Indiana Wesleyan University. During his time at Viral Launch, Darrian focused on finance, operations, HR, and recruiting. During a wave of growth, he was amazed at how time consuming and inefficient the recruitment process was for him. The phone interviews were repetitive and this first step in the interview protocols was supposed to be quick, however, it up took a lot time. This inspired Darrian to wanting to automate it.
“If I could pre-record questions, then candidates wouldn’t have to sit around and wait,” says Darrian. “And I could free up more time in my schedule.”
Darrian’s brother, Devyn, was simultaneously experiencing the same recruiting fatigue. After graduating from ISU, Devyn was working as a community manager with an in-home health care provider and one of his responsibilities was recruiting new hires. His company experienced a high rate of turnover due to the long hours and shift opportunities. Devyn felt like he was constantly hiring, spending far too much of his time on the phone.
The founders independently, and then together, identified a massive level of inefficiencies within the jobs funnel and together, created a solution. Armed with the idea for Qualifi, they circled in DeSean to build their platform. All three men possess an entrepreneurial spirit and each has experience with startup businesses.
Qualifi is based locally in Indianapolis. Not long after launch, Qualifi was accepted into the gBETA accelerator for tech startups and they are now part of the NEXT Studios portfolio of companies. Qualifi is also part of Techstars Anywhere ’21, which connects them with mentors all over the world and offers twelve weeks of mentor-driven value for their growing company. The Techstars network is expansive, helping their portfolio members focus on growth, their customer base, and building out stronger marketing, sales, and partnerships. The twelve week intensive culminates in Demo Day.
With an offering of increased hiring efficiencies, Qualifi is positioned for growth and they recently hired Jessica Bushong, a graduate of Eleven Fifty Academy, to lead their UX (user experience). Jessica was a teacher during her first career iteration and realigned her professional trajectory towards tech. Her UX roll with Qualifi includes the auditing of their app and she has streamlined their online process.
“Jessica has been a big value add to our team,” says Darrian, CEO and Co-founder of Qualifi. “We appreciate her intuitive and methodical approach to her work with Qualifi.”
Qualifi has large enterprise clients in addition to smaller employers. One of Qualifi’s customers hires more than one hundred new employees each month. Before Qualifi, this company had one assistant scheduler who worked full time on scheduling the time-consuming initial job interviews and after deploying Qualifi, she was able to cut that portion of her job down to one hour a week and focus on her other priorities.

“The data we collect from our clients clearly identifies that we are on to something huge for companies that can really make a difference,” says Devyn, Co-founder of Qualifi. “We feel this [Qualifi] is the right product at the right time.”