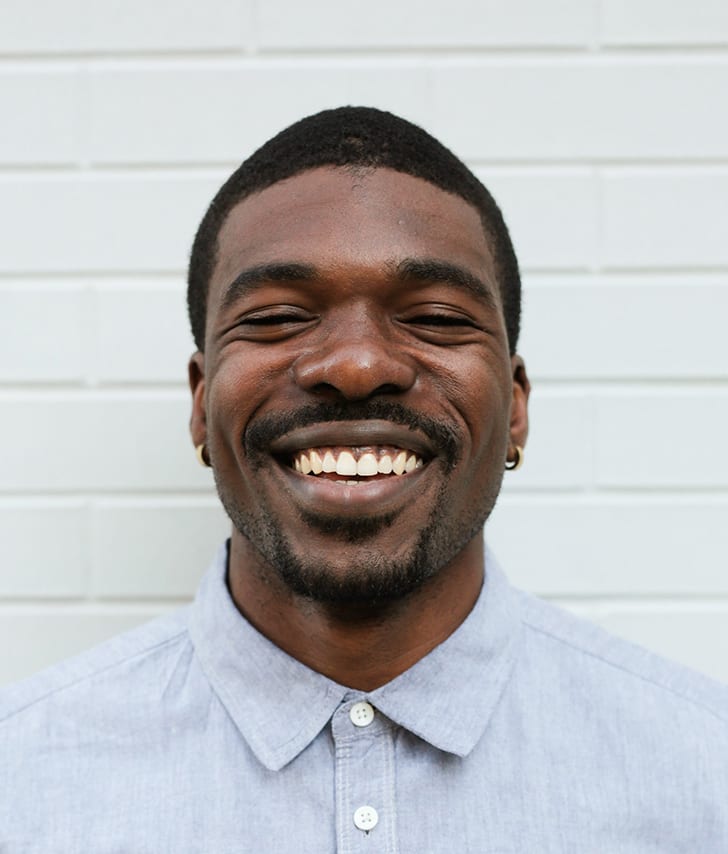 Many people have no idea what they want to do for a career when they are young. For Marquese Martin-Hayes, Jr., the one thing he knew for certain is that he had a desire to build and create things.

Martin-Hayes, Jr. is originally from Lansing, Michigan. His father was a pastor, which meant moving frequently around small towns in Michigan until they moved to Portage Park outside of Chicago, where he went to high school. While Martin-Hayes, Jr. has been a Michigan football fan since birth, he leveraged his athletic football prowess to earn a finance degree and a minor in economics at Butler University.

Martin-Hayes, Jr. stayed in Indianapolis after graduating from Butler. Initially, he thought that he wanted to be a financial advisor to educate people on how to work with money. He quickly discovered that in a financial advisory role, you work with people who already had money. This discovery led Martin-Hayes, Jr. towards the logistics field. He worked with factoring logistics, which is essentially a billing company.

When the parent company of his employer was acquired, Martin-Hayes, Jr. was moved into a department that he initially created to improve customer service practices.

“Guaranteeing happier customers means more business,” says Martin-Hayes, Jr. “After the acquisition, however, my role wasn’t as exciting nor as challenging.”

With his role in business development, Martin-Hayes, Jr. saw limited opportunities to move up the corporate ladder. A friend, who was a recruiter, mentioned that a coding bootcamp might help to elevate his corporate game and find job satisfaction. With this advice, Martin-Hayes, Jr. began researching options in Indianapolis and was drawn to Eleven Fifty Academy.

“As someone who now works with Marketing Cloud,” says Martin-Hayes, Jr., currently a software developer at Salesforce. “I realize what initially drew me to Eleven Fifty Academy: it was their clean, fast website with easy-to-understand information on their programs and partnerships. The Academy has unified messaging that is effective. At the time, I just liked what I saw. Now I understand the methodology, which is an authentic representation of the Academy.”

Martin-Hayes, Jr. also connect with Alex Volyk, Senior Admissions Advisor, who helped make things happen for him. Martin-Hayes, Jr. took a big risk leaving his full time job to enroll in the immersive software development course with Eleven Fifty Academy and Volyk helped facilitate a successful experience. To support himself, Martin-Hayes, Jr. worked nights at his job, and indicates that he had “amazing support” to keep up with the coursework.

“Most full-time Eleven Fifty students were coding after hours every day and on the weekends, as it’s [coding] tough stuff and I had never seen code before. My instructors worked with me to make sure that I had the right resources and support,” states Martin-Hayes, Jr.

Through coding, Martin-Hayes, Jr. was able to realize his desire to build things and to earn a very nice living. In business, structure is highly coveted. Coding enables creativity and experimentation of possible solutions, which appeals to Martin-Hayes, Jr.

“If someone is looking for a career change — now is the time to enroll at Eleven Fifty Academy! Take advantage of CARES Act funding and leverage this opportunity to transform your life,” says Martin-Hayes, Jr., a former Butler football player.

Martin-Hayes, Jr. shares that he chose a career in tech because “everything was turning into a computer”. He feels that coding is a safe space to be creative and have a sustainable career, adding, “Careers go beyond soft skills and business credentials — it is all about tech now.”

During the immersive bootcamp, Martin-Hayes, Jr. described failing forward in order to learn, “Coding is 100% a puzzle and the pieces fit together somehow, it’s my job [the job of developers] to solve it. Rarely did I get it right the first time.”

Martin-Hayes, Jr. liked the structure of the Eleven Fifty Academy course and the time expectations of how much to put into it. He strongly encourages people to have a positive mindset when approaching a career transition.

In addition to a positive mindset, Martin-Hayes, Jr. suggests setting a goal for what someone wants to do with their skills when the course is complete. He says, “It can be a leap of faith, but know your end game and work hard to reach it.”