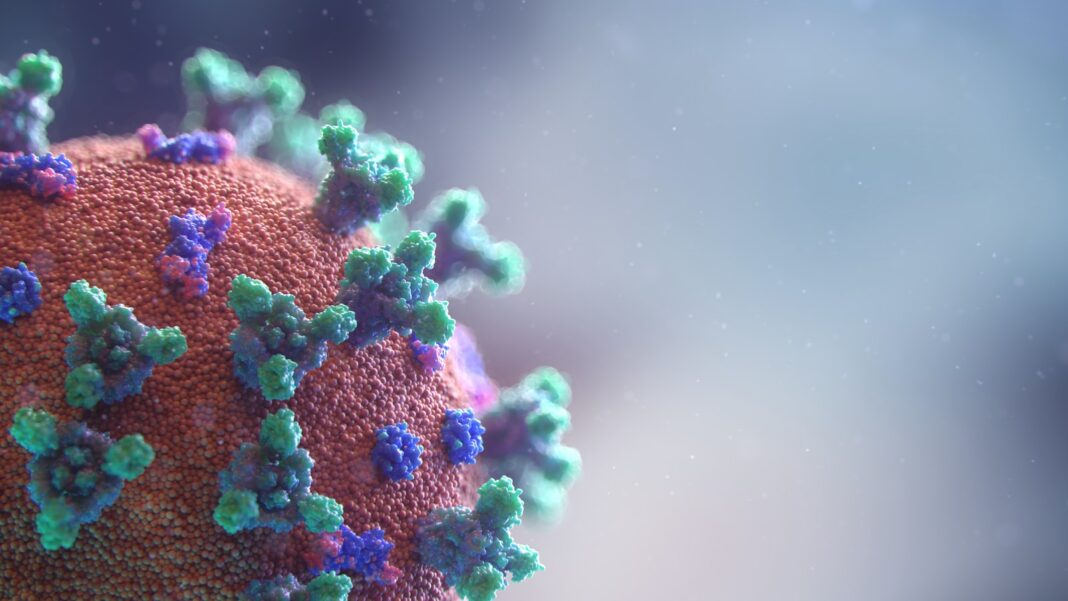 Arbery killers get life in prison; no parole for father, son

WASHINGTON (AP) — U.S. health officials’ decision to shorten the recommended COVID-19 isolation and quarantine period from 10 days to five is drawing criticism from some medical experts and could create more confusion and fear among Americans.

To the dismay of some authorities, the new guidelines allow people to leave isolation without getting tested to see if they are still infectious.

The guidance has raised questions about how it was crafted and why it was changed now, in the middle of another wintertime spike in cases, this one driven largely by the highly contagious omicron variant.

Monday’s action by the Centers for Disease Control and Prevention cut in half the recommended isolation time for Americans who are infected with the coronavirus but have no symptoms. The CDC similarly shortened the amount of time people who have come into close contact with an infected person need to quarantine.

The CDC has been under pressure from the public and the private sector, including the airline industry, to shorten the isolation time and reduce the risk of severe staffing shortages amid the omicron surge. Thousands of flights have been canceled over the past few days in a mess blamed on omicron.

“Not all of those cases are going to be severe. In fact, many are going to be asymptomatic,” CDC Director Dr. Rochelle Walensky said Monday. “We want to make sure there is a mechanism by which we can safely continue to keep society functioning while following the science.”

CDC officials said the guidance is in keeping with growing evidence that people with the virus are most infectious in the first few days.

Louis Mansky, director of the Institute for Molecular Virology at the University of Minnesota, agreed there is a scientific basis to the CDC’s recommendations.

“When somebody gets infected, when are they most likely to transmit the virus to another person?” he said. “It’s usually in the earlier course of the illness, which is typically a day or two before they actually develop symptoms and then a couple of days to three days after that.”

Research, including a study published in the journal JAMA Internal Medicine in August, backs that up, though medical experts cautioned that nearly all of the data predates omicron.

The CDC released a report Tuesday on a cluster of six omicron cases in a Nebraska household and found the median incubation period — the time between exposure and the appearance of symptoms — was about three days, versus the five days or more documented earlier in the pandemic. The six people also experienced relatively mild illness.

But other experts questioned why the CDC guidelines allow people to leave isolation without testing.

“It’s frankly reckless to proceed like this,” said Dr. Eric Topol, founder and director of the Scripps Research Translational Institute. “Using a rapid test or some type of test to validate that the person isn’t infectious is vital.”

“There’s no evidence, no data to support this,” he added.

Mansky said CDC probably didn’t include exit testing in its guidelines for logistical reasons: There is a run on COVID-19 rapid tests amid the spike in cases and the busy holiday travel season. In many places, at-home tests are difficult or impossible to find.

The CDC is “driven by the science, but they also have to be cognizant of the fact of, you know, what are they going to tell the public that they’ll do,” Mansky said. “That would undermine CDC if they had guidance that everybody was ignoring.”

Qamara Edwards, director of business and events for Sojourn Philly, which owns four restaurants in Philadelphia, said about 15% of its employees are out sick with COVID-19, and staffing is tight.

The CDC changes are “great for businesses, they do allow people to return to work sooner than they’ve expected,” Edwards said, though she understands why workers might be resistant and worried about their safety.

In Los Angeles, King Holder, who runs the StretchLab Beverly fitness business, likewise said omicron has caused “ample disruption” to his company, and he welcomed the more relaxed guidelines.

“The possibility of five days compared to 10-14 days is huge for our business and allows us to stay afloat,” he said.

But Dana Martin, a 38-year-old Philadelphia teacher and educational consultant, said: “The looser COVID guidelines make me nervous. I’m more hesitant to participate in holiday activities because of the omicron variant and the seemingly more lax protocols.”

Marshall Hatch, senior pastor of New Mount Pilgrim Church on Chicago’s West Side, said he is bracing for some confusion in his congregation. The church has been a strong advocate for testing, vaccinations and booster shots.

Hatch said the CDC’s latest guidance is confusing and “a little incongruous.”

“Either we’re in a surge that we need to take very seriously or are we winding down the pandemic and that’s why we’re shortening the isolation and quarantine times,” he said Tuesday. “They might want to give us a little more information to go with.”

Hatch said some members of the largely Black congregation, particularly senior citizens, are skeptical of information from government.

England last week trimmed its self-isolation period for vaccinated people who have tested positive for COVID-19 to seven days in many cases, provided two negative lateral flow tests are taken a day apart.

The French government said Monday that it will soon relax its isolation rules, although by exactly how much isn’t yet clear.

Health Minister Olivier Veran said the rule changes will be aimed at warding off “paralysis” of public and private services. By some estimates, France could be registering more than 250,000 new infections per day by January.

Italy, meanwhile, is considering doing away with a quarantine altogether for those who have had close contact with an infected person as long they have had a booster shot. Projections indicate as many as 2 million Italians could be put in quarantine over the next two weeks as the virus spreads.

“The decision is the right one based upon science,” said the lobbying group Airlines for America.

But the head of a flight attendants union criticized the change, saying it could lead businesses to pressure sick employees to come back before they are well.

If that happens, “we will make clear it is an unsafe work environment, which will cause a much greater disruption than any ‘staffing shortages,'” warned Sara Nelson, president of the Association of Flight Attendants-CWA International.