African Americans across the country are dying from the new coronavirus at a much higher rate than whites. Experts have a lot of explanations, but they also say more data is needed. In Indianapolis, a new no-cost testing program aims to increase COVID-19 testing in African American communities.

Marion County, which covers metro Indianapolis, has set up a free community testing program to address health disparities in the area. It started April 30 in the Arlington Woods neighborhood, the county’s biggest hot spot for COVID-19 cases.

“Obviously this is a community and area that has health disparities. And so, so we’re here to serve the community,” Virgil Madden of the county’s public health department said as the testing got underway. More testing is important to get a clearer picture of the virus’ impact, he said.

In Marion County, Black residents make up about 30% of the population. And early data shows they are almost twice as likely to be hospitalized or die from the virus, compared to white residents.

Breanca Merritt, director at the Center for Research on Inclusion and Social Policy at the Indiana University Public Policy Institute, said, “I was not really surprised about the numbers; we’ve seen similar trends in other major cities.”

She said many factors explain this trend. “A lot of the focus has been about initial health outcomes that put people at risk like obesity, diabetes, asthma — conditions that have higher rates in the Black community in particular.”

But Merritt said there are systemic causes, too. People of color are more likely to have jobs in service industries like grocery stores or restaurants, where they risk exposure, she said. And they are likely to live in mostly segregated communities where neighbors could be exposed.

“If you look back when we did our last budget, we flatlined a lot of health areas,” Shackleford said. “Or we … reduced the money that we were going to spend on a lot of these chronic illnesses and public health.”

Shackleford said the caucus is concerned about how Indiana officials have handled the coronavirus. “They knew we had these health disparities. They knew we had challenges among African Americans and that population.”

She said that should have changed Indiana’s response to the virus. The caucus believes Blacks should have been considered a high-risk group and been part of early, targeted testing.

Now Marion County wants to acknowledge that issue. The county will be testing more residents with a focus on Black and brown communities.

Eastern Star is a familiar and trusted institution among many African Americans in Indianapolis. So, it makes sense for the church to play host for community testing.

“So, we are very, very excited that this community is not being overlooked. That testing will be available to them,” Johnson said.

He said there are many barriers to getting tested, including lack of transportation, no insurance and even not having a doctor to give permission — something required at many testing sites.

Under the new program, tests are free and don’t require a doctor’s note. Both drive-thru and walk up testing options are available — but appointments are required.

Shackleford hopes that as Indianapolis continues to test there will also be a clearer picture of the county’s equity and health disparities. Next year is a budget year for the Indiana General Assembly, and she hopes policies that affect health disparities can be addressed.

“This story was produced by Side Effects Public Media, a news collaborative covering public health.” 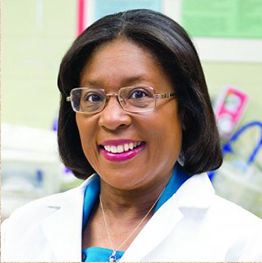 In 67 minutes of video, brutality followed by nonchalance