Most people are familiar with Black History Month, Juneteenth and Kwanzaa but few, particularly in the Midwestern United States, know of Black August.

The month-long commemoration began in 1979 in California prisons as a demonstration in solidarity to honor fallen members of the Black liberation movement of the 1970s, many of whom had been imprisoned or assassinated. Today, the observance includes events designed to bring awareness to the prison industrial complex, food insecurity, economic disparities and other issues that plague the Black community.

Dominic Dorsey, co-founder of Indianapolis social justice activism group DON’T SLEEP, said the month is a great opportunity to educate and inform Indianapolis residents. This weekend DON’T SLEEP, in collaboration with other local organizations, will host Liberation Weekend to kick things off.

“It just seemed like a great way to drive home the key aspects of what Black August is supposed to be about,” said Dorsey.

The weekend begins on Friday, Aug. 4, with “The Wake,” a theatrical presentation featuring more than 20 performing artists. The following evening, renowned activist Elle Hearns will deliver an Emancipation Address at The Church Within. Hearns formerly served as a strategist with the national Black Lives Matter network and has been honored with the Young Women’s Achievement Award for Advocacy and Organizing by the Women’s Information Network and the Black Feminist Human Rights Defender award by Black Women’s Blueprint. She was also named a Woke 100 honoree by Essence Magazine. On Sunday, the weekend will culminate in the second annual Black Owned Business Block Party at Flanner House.

Dorsey said he plans to make Liberation Weekend an annual event, and he hopes it will encourage others to get involved as well.

“Taking the whole month to study us and to talk about what it means to be free and how do we get there, I think is a really profound way to do things,” he said.

Dorsey, who teaches a course on anti-Blackness and the Black Lives Matter movement at Indiana University-Purdue University Indianapolis, said the concept for the weekend first derived from a book titled In The Wake: On Blackness and Being, penned by Christina Sharpe, an English professor at Tufts University. In the book, Sharpe uses her experiences with the familial wakes held for her nephew, mother, sister and brother — who each died within a short span of time — to illustrate a larger conversation around racism, violence against Black bodies and what it means to exist as an aware and awake Black person in the United States.

Dorsey said that with “The Wake,” the intention was to take the issues presented in the book and use them in an artistic way to pay homage to the numerous Black men and women who have been victims of violence.

“(We want to) humanize them in a way that gets us beyond the hashtag we made for them six, seven or eight months ago or two years ago, and talk about these people in a tangible way to celebrate their lives,” he said. The event, held at the Walker Theatre, will include a monologue written by local artist Megan Simonton and performed by actress Chandra Lynch.

“I knew when I volunteered to write it that it needed to be authentic,” said Simonton of the piece inspired by the late Korryn Gaines. “It was a gut-wrenching experience.” In August of last year, Gaines, a 23-year-old mother living in Baltimore, was shot and killed by police during an hours-long standoff at her apartment. Portions of the incident were shared live on social media, and at the time of the shooting, Gaines was cradling her 5-year-old son Kodi, who sustained some injuries. Following Gaines’ death, many called into question not only the actions of the officers, but also the state of Gaines’ own mental health.

Simonton titled her piece “I’m Not Crazy” to highlight those concerns. “When the story first broke, there was a sense of mental instability,” said Simonton. “But the question was, to what extent? The things that she was saying were not all the way from left field. A lot of the things she said made sense, but it was to the extreme that she took it.”

Art, in Simonton’s opinion, has the ability to make even the most unpleasant situations palatable.

“I think that a lot of people don’t realize the power art has in educating people, sometimes unconsciously. There are things that people relate to via music, visual images, monologues and spoken word that may not resonate with them in watching a news story or reading an article,” she said. “I think that people of color, we start tuning out the news because it becomes very redundant. This is something that brings about the things and issues that are plaguing us that we may not want to deal with, but we have to.”

In addition to participating in educational activities, observers of Black August are urged to make more conscious financial decisions, primarily through patronizing Black-owned or local businesses.

“All of the money that we’ve made we poured right back into the event and into the community to redistribute the resources so that we continue to do the work,” said Dorsey. He shared that all of the money from block party vendor registrations went to benefit the Walker Theatre, which in turn donated their space to be used for “The Wake.” All of the money from “The Wake” ticket sales will benefit local nonprofits Groe Inc., Bloom Project and Sisters United. Money that DON’T SLEEP raised with film discussion events held earlier in the year at Georgetown Cinema will pay “The Wake” performers. “Everything builds,” Dorsey said.

Beyond “The Wake” and Emancipation Address, the Black Owned Business Block Party is another opportunity for people to participate in supporting all the entities involved.

“There are three purposes,” said Dorsey of Sunday’s block party. “To encourage people to buy Black, to empower the community to be mindful of the way that we spend our money and cooperative economics, and inspire other people to become entrepreneurs themselves.”

Tickets are available on eventbrite.com. 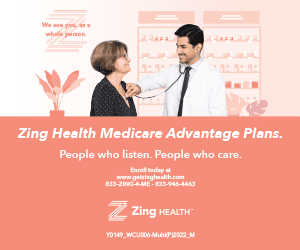