Living legacy: Thomas Ridley’s history is as remarkable as the stories he shares

He is nicknamed the “walking encyclopedia.” Maybe that’s because he doesn’t only teach history — he has also lived it. Thomas Ridley, energetic and sharp at the age of 94, is the chief docent at the historic Madame Walker Theatre. The theater is named after Madam C.J. Walker, America’s first Black female millionaire, and was built by Walker’s daughter on land she purchased before her death. The theater is listed on the register of National Historic Landmarks and was a staple of Indianapolis’ African-American community in the 1920s and 1930s.

Ridley started working as a tour guide for the theater about 12 years ago. He is an amazing narrator, bringing listeners back to the 1800s with personal details about Walker’s life. The story behind the storyteller is just as remarkable as the ones he shares with audiences.

Ridley was born in 1922 and grew up two blocks away from the theater he works for today. Growing up, he and his siblings were expected to find ways to help the family financially, be it taking on a paper route or shoveling snow. Ridley says he grew up in a poor family, but there were people worse off than he was. He was fortunate enough to grow up near Indiana Avenue, which had many thriving Black businesses and was a hot spot for entertainment in the community.

“We had to live in that sort of society, in a segregated area. There were Black people living downtown around here, west Indianapolis had a Black community, Haughville had one, the far east had one, and even Irvington had a Black community. But Indiana Avenue was where most Blacks came for entertainment. It was 10 blocks long and had all kinds of restaurants and bars,” said Ridley.

As a child, Ridley attended School 4 and School 42. On Sundays, he attended church at Jones Tabernacle and was involved in a youth program called Christian Endeavor. During his free time, he and his siblings would explore the Avenue. He has fond memories of going to see Western films at the theaters near his home.

At around age 18, he gained an interest in Indiana Avenue’s nightlife. Indianapolis was a hot spot for music, and jazz was evolving into an extremely popular genre. He says the Walker Theatre was a great place to bring girls he dated, because after enjoying a film they could go out dancing. He has happy memories of growing up in Indianapolis, but his experiences in WWII opened his eyes to the depth of the world’s problems.

“Here in Indianapolis, Blacks and whites were segregated, but it was not so hardcore. During the war, they sent me and the group of men I was with to Lincoln, Georgia. Right when we got off the train, an officer told us to watch how we walk and talk. He said, ‘You’re not up North, and we do things differently here.’ And right away we saw that this is a change of life. Several incidents happened. I ran into a riot, and the guys were mistreated in town,” said Ridley.

He said his conversations with Black soldiers from other parts of America made him realize how different his life could have been had he been born elsewhere.

“The stories from those guys about their lives really shocked me, how they had to hide their sisters and walk with her to a store. The little small towns down there were pretty rough, and they had to protect them. That’s the way it was in the South, but then we went overseas and it was a completely different story,” said Ridley.

The military gave Ridley an opportunity to see the world. He traveled to England, Belgium and France, and even took part in D-Day, which began the deliverance of German-occupied northwestern Europe from the Nazis. He says he was treated better as a Black man overseas than in America, and he feels this experience caused many of his friends to realize they should stand up for their rights once they got back home.

“This was back before MLK and the integration time. The guys from the North would tease the guys going back South and say, ‘You are living decent, now you have to go back there,’ and they would say, ‘Yes, I’m going back, but things aren’t going to be the way they were. We can change some things.’ And they taught their kids from the beginning that we are not going to go through that, you are not going to live the way I had to live,” said Ridley.

Ridley moved back to Indianapolis after the war and watched the world change. He followed the civil rights movement with personal experiences of discrimination and the stories his wartime friends shared with him fresh in his mind. He admired the leadership of Martin Luther King Jr. Ridley decided he wanted to find ways to improve his life, so he started college at an Indiana University extension school in Indianapolis. He began working as an auto mechanic, using skills he picked up from his older brothers. Eventually, he started working at a post office, where he worked for 32 years.

“I got a promotion and eventually became the supervisor. At one time, a Black person becoming a leader at a job was unheard of. It was strange, because there were one or two Black people that had been able to advance over the years, but now there were quite a few. I felt it was becoming more equal as time went on,” said Ridley.

He wants future generations of Hoosiers to remember the history of Indy and the things people fought to achieve.

“History is like a wave; everything and every movement goes through ups and downs. Just because you are down on your luck or had to do without as a kid, don’t let that stop you. You should focus on progressing, doing better and giving back. Prove yourself, but help others along the way. That has been our history, and we should continue it.”

From the Avenue — A Memoir: Life Experiences and Indiana Avenue History Told from the Perspective of One Who Was There

Thomas Howard Ridley Jr. grew up in the 1920s and 1930s in Indianapolis, just off the famed Indiana Avenue. The area was renowned for its rich history of jazz and jazz artists: Wes Montgomery, Larry Ridley and Freddie Hubbard, to name a few.

Tom Ridley grew up in the middle of it all, a happy, resourceful young African-American with a love of life and family. In this memoir, Ridley talks about the adventures of his childhood and young adulthood.

This book can be purchased at thewalkertheatre.org/support-the-walker/merchandise. 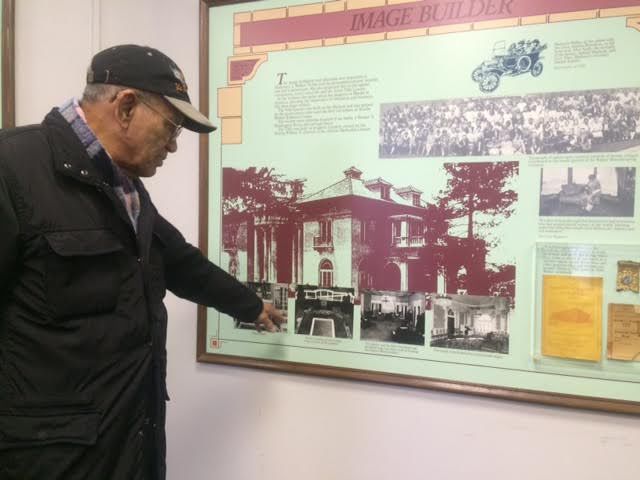 As a child, Ridley attended School 4 and School 42. On Sundays, he attended church at Jones Tabernacle and was involved in a youth program called Christian Endeavor. During his free time, he and his siblings would explore the Avenue. He has fond memories of going to see Western films at the theaters near his home. At around age 18, he gained an interest in Indiana Avenue’s nightlife.

Locking up kids is traumatic. Indianapolis looked for alternatives.