Running a YouTube channel has become a popular hobby for teens, but few can say they produce a weekly talk show that airs on television. A group of local middle and high school students have those bragging rights, as they are the creative forces behind “The Expo Show,” a new talk show that aims to keep the community informed of Indiana Black Expo’s year-round programs and initiatives.

“One of the reasons we wanted to create it was to broaden the face of what the Indiana Black Expo is all about,” said Tony Lamont, senior executive director of “The Expo Show.” “A lot of folks think (Expo is) just the Summer Celebration and the Circle City Classic, but we have a lot of programs that go on throughout the year. It’s a 365, 24/7 organization benefiting the community.”

The show, hosted by IBE CEO and President Tanya Bell, is completely shot, directed, edited and produced by local middle and high school students. The teens meet on Saturday mornings from 9 a.m. till 1 p.m. to learn the tools of the trade. The students are part of Expo’s Youth Media Institute (YMI), an after-school and summer youth media production and technology-training course directed by Lamont.

Nicodemus Monts is one of the talented young people involved in YMI. Monts joined this summer after hearing positive things from other students in the program. Monts says his favorite part of working on the show was interacting with guests.

“My favorite part of creating it was getting to meet the guests and see how they’re making a difference in the world with advocacy, education and community projects. My second favorite part would be seeing how much effort goes into (producing) a show. It makes you have a greater appreciation for TV shows,” he said.

Past guests have included Pastor Denell Howard, founder of Evolve, and Greg Meriweather, founder of the Black on Black Network. Lamont says learning from local leaders while building a resume is what this project is all about.

“We want young people to understand what media production is all about, not just radio and television broadcasting, but social media and the gamut of what it’s about,” he said. “We are giving them an opportunity to get an introduction to media, so they get into the field. We want students to get in front of these local leaders and have working relationships with them, so they can possibly get some internships with leaders from around the city. Quite a few of our young people are great writers, hosts and talent, and they have great behind-the-scenes skills.” 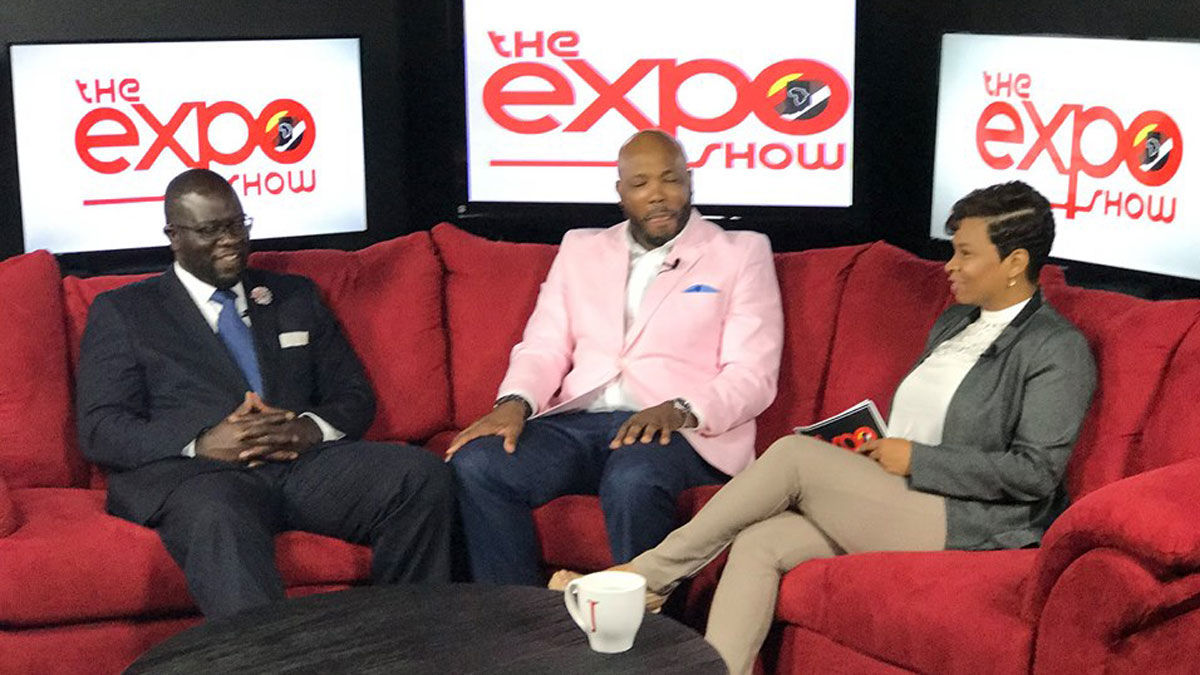 “The Expo Show,” produced by members of Indiana Black Expo’s Youth Media Institute and hosted by IBE President and CEO Tanya Bell, airs every Sunday at 2 p.m. on WHMB TV-40.

“The Expo Show,” produced by members of Indiana Black Expo’s Youth Media Institute and hosted by IBE President and CEO Tanya Bell, airs every Sunday at 2 p.m. on WHMB TV-40.