When an individual wants to learn about their family history, they typically join an ancestry site and begin questioning family elders. Though relatives may be able to offer names of deceased kin, their life stories are often hard to come by.

When Charles Simmons wanted information about his deceased mother, Ella, he and his children took a different approach to uncovering the truth. When Simmons was an infant, his mother was the victim of an accident that cost her life. As a child, Simmons inquired about the incidents that lead to her death, but felt he never understood the full story.

“I had heard talk (regarding my mother’s death) from my grandmother on my father’s side. They told me bits and pieces, but as I got older I figured it must have been really painful for them to talk about or to remember. I grew up with this mystery, thinking I might know what happened, but not having all of the pieces put together,” said Simmons.

As an adult, Simmons often spoke of his desire to learn more about his mother. Eventually, his children took it upon themselves to help their father discover the events surrounding Ella’s death.

“As I was growing up, he spoke of his wishes to know more. He spoke of it all of the time,” said his daughter, Faye Carpenter. “We thought, if anyone would cover his mother’s story it would be the Recorder, because it is a story about our people.”

Carpenter and her siblings began researching information online, but when they failed to find many news stories from the 40’s posted on the web they went to the public library to continue their research. Eventually, they discovered a story written in August of 1940 regarding Ella Simmons’ death at the age of 24. She died after a hit-and-run accident in which a large truck backed over a curb and hit her. The fugitive was sought on manslaughter charges.

“The (Indianapolis) Recorder was the only paper we could find who covered her story. It did our father good to actually see something that spoke of his mom and what happened to her, because he has nothing. Just a story, and it brought things to life for him. It let him know that somebody thought enough of her to let people know what happened,” said Carpenter.

Due to Carpenter’s research, Charles Simmons discovered that he and his mother attended the same high school, Crispus Attucks. At a class reunion, he discovered a picture that featured Ella on the wall and realized he had walked past an image of his mother for years without realizing who she was.

Carpenter isn’t the only Indianapolis resident who has used newspaper archives to learn more about family history. John Moore has been collecting information using decades-old issues of the Recorder that he found online at Hoosier State Chronicles. Operated by the Indiana State Library, Hoosier State Chronicles is a free collection of local newspapers with issues dating back to 1804.

S. Chandler Lighty, director of the Indiana Historical Bureau, said Recorder content is the one of the most used content collections on the Hoosier State Chronicles site.

“Since January 2016, 8 percent of all the page views on Hoosier State Chronicles have been of Recorder content, which considering the dozens of titles and nearly 1 million pages we have available, that’s a very impressive percentage of the traffic,” said Lighty.

On Moore’s website, edwards-moore-family.net, he links to over 20 Recorder articles that mention his relatives. The information he found ranges from a relative winning a prize in a radio contest to a relative’s community service work with Flanner House.

Those who work for Hoosier State Chronicles have advice on using the site for those looking to do genealogical research. Suggestions include narrowing the search by decade, year, or individual title and putting names and other search terms in quotes.

Moore has additional advice for people looking to uncover information.

“The big thing I share with people in my genealogy group is to search for information by address. They would write so and so at 12th and New Jersey did this or that. Also, try to search by initials. I had trouble finding my father when I searched for Albert Moore, but when I searched A.A. Moore, I found him.”

Carpenter was pleasantly surprised by the amount of history she discovered in newspaper archives.

“After finding information about Ella, we went on to find information about my dad and his father in the Recorder. I found it amazing that all of these generations would continue to be covered. It’s so incredibly important to know your history. Everything from your heath, to your ethnicity, to your emotions is impacted.”

To search through the archives of over 122,000 issues of local papers, visit newspapers.library.in.gov. 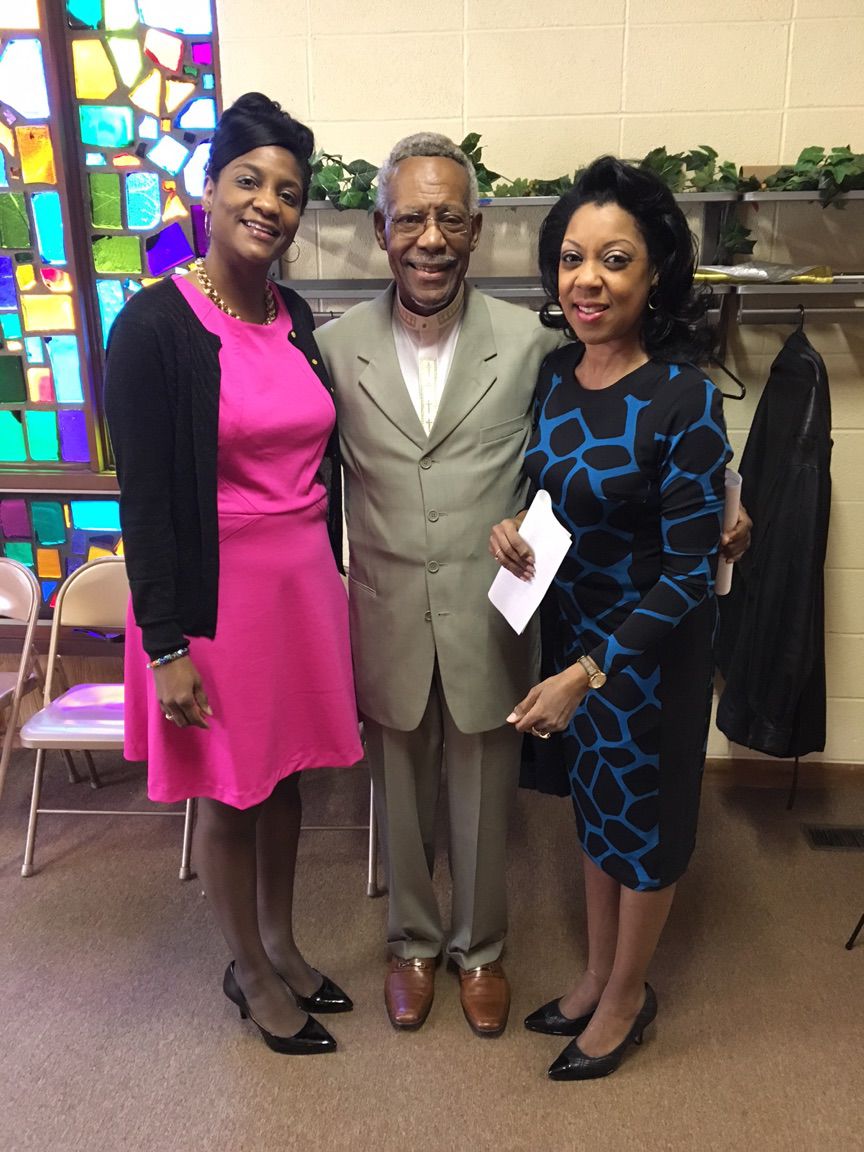 Charles Simmons’ (center) search for truth came to a conclusion with the help of his children who used newspaper archives to help their father discover information about his deceased mother. (Photo/Submitted)

Charles Simmons’ (center) search for truth came to a conclusion with the help of his children who used newspaper archives to help their father discover information about his deceased mother. (Photo/Submitted)