Tasha Jones, the host for Blue Moon Sunday, sings her new hit single, “No More Flies” during a recent installment of the weekly poetry series at the Madame Walker Casino Ballroom. Jones just recently finished shooting the video for the song, which will debut this spring on VH1 Soul. Jones is also being considered for a Grammy Award in the spoken word category.

Special guest Tommy “Tiny” Lister, actor and former WWF wrestler known for his role as the neighborhood bully Deebo in the “Friday” films, greets Celesta Phillips, who was celebrating her birthday. Lister was in town to participate in the screening for the Bruce Bruce comedy “Bounty Hunter,” which was filmed in Indianapolis. 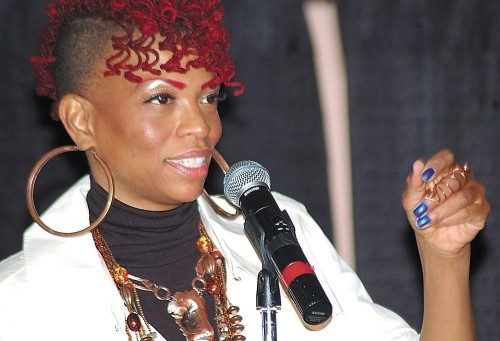 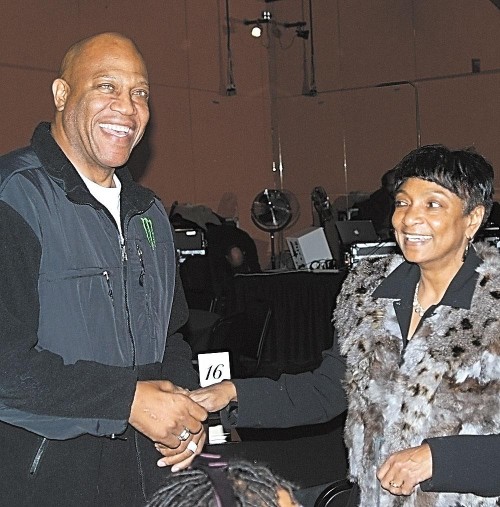 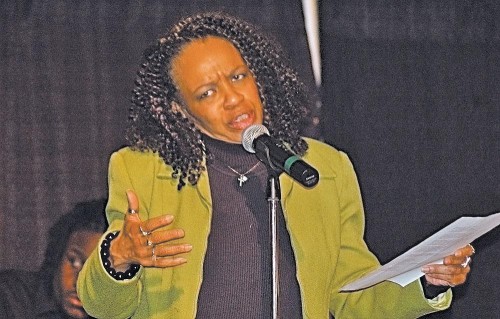 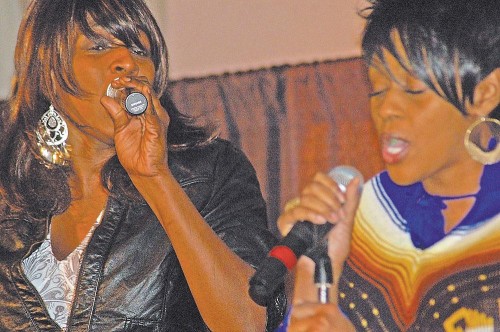 When you travel down Fall Creek Parkway near 16th Street, you’ll see a sign for the Lt....
Read more
Arts & Culture

The insurrection at the Capitol is as American as apple pie. I know many in white America have a...
Read more
Local News

Rep. André Carson was targeted during the attack on the Capitol Jan. 6. A note written by terrorist Lonnie Coffman that categorized...
Read more
Uncategorized

Three times a week, an Uber ride on Indianapolis’ east side helps to save the life of bright-eyed, 11-year-old Jay’Shawn Roberson.
Read more