Martin Luther King Jr. had a dream that one day we’d all live in a nation free from the bondage of racism and oppression. Nearly four decades later, Bea Moten-Foster, a resident of Muncie, Indiana, and the founder of the Martin Luther King Dream Team (MLKDT), had a dream as well. Moten-Foster, along with a team of 20 community leaders, dreamed of a day that King’s legacy would be materialized into a vehicle, both literal and figurative, of change.

Though King and Moten-Foster both passed on before seeing their dreams manifest, the struggle that inspired them continues.

This spring, the MLKDT in partnership with Ball State University, debuted The Freedom Bus, an innovative mobile civil rights museum that tells the stories of east-central Indiana citizens who worked to advance civil rights in their communities. The bus, a donation from the Muncie public transit system, tours throughout the region educating students both young and old about these significant parts of our history.

Last week, bus organizers were startled to learn the facility was the target of an act of vandalism. It is unclear exactly when the attacks took place, but it is believed to be within the past two weeks while the bus was sitting idle at Muncie’s Street Department, where it was being winterized.

Beth Messner, a Ball State University professor and MLKDT member, said she initially felt a combination of anger and sadness upon realizing the extent of the damage.

“I think those of us who’d been involved kind of suspected that at some point we’d be targeted,” she said. “Our message is not one that everyone fully accepts; there is still resistance in many communities. I don’t know that I was wholly surprised.”

For the past two years, Messner has worked with a group of BSU students on an immersive learning project to conduct research and design the interior exhibits and exterior of the bus. In addition to the aesthetic portion, the team also created a companion website for the Freedom Bus and planned the grand unveiling.

Messner discovered the damages while in the process of preparing the bus for visitors. Last Thursday night, she drove the bus driver to the Street Department on Kilgore Avenue, and then led her to the location for the next day’s event.

“It’s interesting. We actually moved the bus from the Street Department to the location where we would be showing it the next day in the dark. The driver never turned the lights on inside. She noticed that the seat was dirty and didn’t think much of it.”

The next morning, Messner came prepared with a broom and Swiffer to take care of the dust. When she opened the doors, she realized the bus was not only filthy — the result of a fire extinguisher being set off inside — but also two displays had been destroyed. She had plans to show a group of BSU students, who are leading a separate civil rights program for young people in Muncie’s Whitley neighborhood, the space in the next hour.

“I was angry at the sense of violation — the violation of our message and mission,” she said.

Yvonne Thompson, director of the Muncie Human Rights Commission, received the news from Messner shortly after. “It was a little shocking, but listening to what’s happened this past week with the election and other instances of vandalism, I wasn’t too shocked.

“My concern was, there’s been quite an amount of investment from the community put into the bus, so it was hurtful to hear something like that had happened,” Thompson said.

Though in her opinion the current political climate may have “emboldened” this action, Messner was careful not to directly tie the two. She also pointed out the significance of the exhibits that were ruined — one highlighted issues with the town’s education system, and the other highlighted a local general store.

“The target was specifically an exhibit that told the story of riots at Southside High School during the 1960s. The school when it was built adopted the Confederate flag as its banner and the rebel as school mascot. Understandably, the Black community was incensed by this action. There was violence among the students, boycotts and finally the flag was removed,” she said. “Within the past couple years, tension in the community has been very high due to Southside’s closing and students having to merge with Central High School.”

Messner added that the other exhibit that was affected contained a tool that was used to break the Southside display.

“(This) happened and it says something about a person who wants to be resistant to acknowledging this part of history,” she said.

Thompson remarked that this occurrence means there is still more progress to be made. “It just means that we have more work to do. We’ve got to get the message out even further and talk to people even more about working together,” she said. “That message (is one) of unity, hope, courage and investment in the Muncie community. That bus is the dream of a woman that meant for it to be used to teach people about civil rights.”

Despite the minor setback, the Freedom Bus got back out on the road this week due to an outpouring of support from the community. The MLKDT has received tons of unsolicited monetary donations through its Go Fund Me account, which was started last year. Messner hopes that this may garner more volunteer interest as well.

“The damages were minimal in terms of physical, but for me, the blessing is seeing how many people have opened their hearts to this and our organization,” she said. “We’re committed to keeping this thing on the road.”

For more information on the Freedom Bus or to learn how to get involved, visit thefreedombus.org. 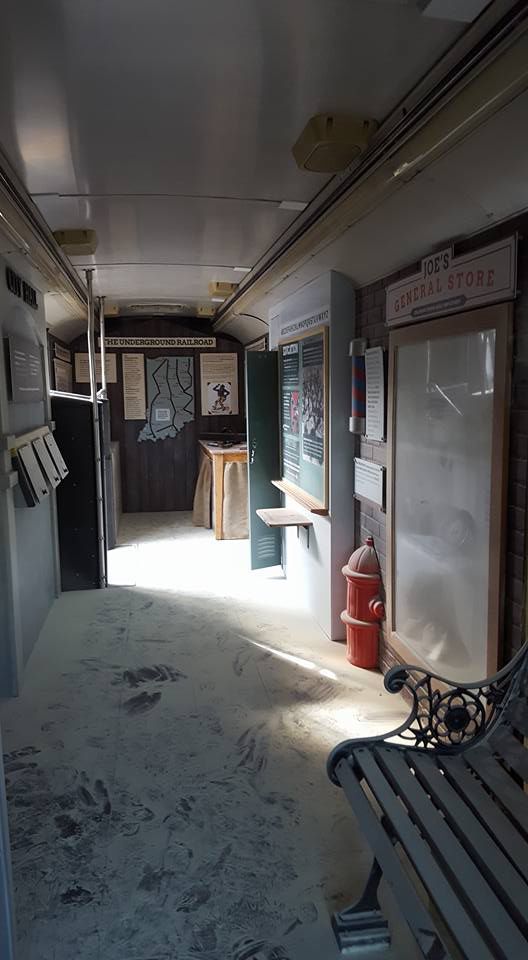 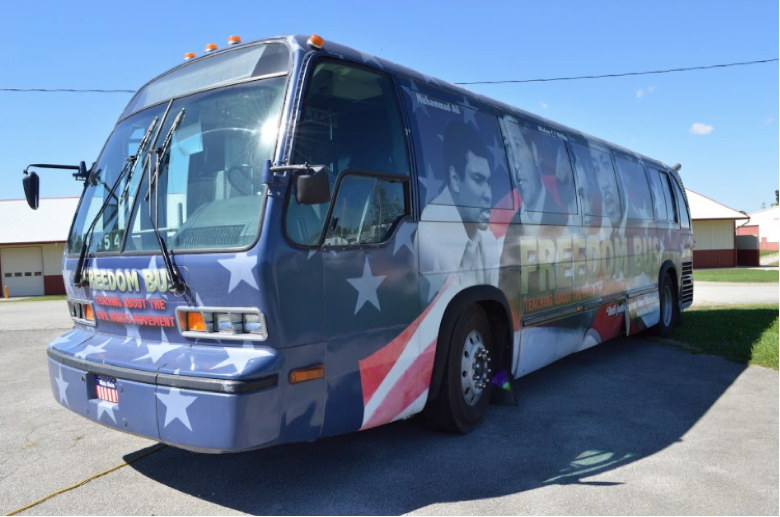 Rep. André Carson was targeted during the attack on the Capitol Jan. 6. A note written by terrorist Lonnie Coffman that categorized...
Read more

Do an image search of the word “soldier” online, and the pictures revealed will be overwhelmingly white and male. However, African-Americans and women have...
Read more
Covid-19