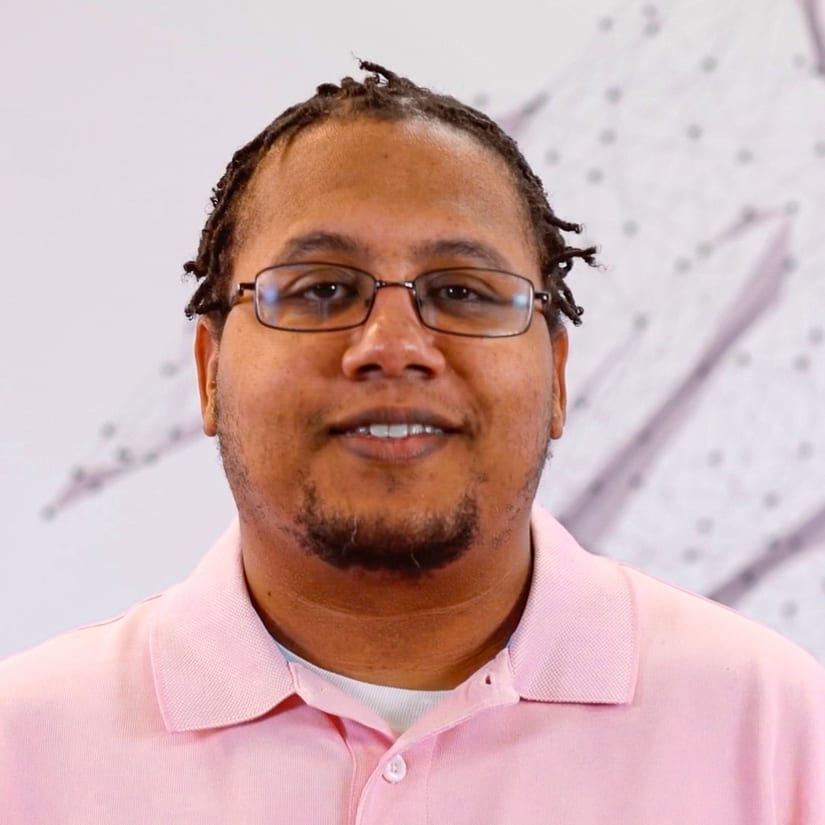 Support Your Neighbors in Need This Holiday Season

Certis Montgomery was born and raised in Brightwood to a single mom and was surrounded by a large, supportive family.

As a child, Certis was encouraged to explore science, technology, engineering, the arts, and mathematics (STEAM). When he was 7, his grandfather, an entrepreneur who owned and operated an HVAC company, took Certis to work with him. This was a very impressionable experience, for Certis watched his grandfather put parts and components together and fix things for his clients. The young Certis absorbed a lot of valuable life lessons from the time he spent with his grandfather.

Computers were a hobby for many of Certis’ friends, and he loved computers, but they were scarce in his neighborhood. For grade school, Certis was bussed to Perry Township until seventh grade, when his family moved to the Arlington area and he finished his K12 education in Lawrence Township.

“My favorite experience was when I did ‘cadet teaching’ at an elementary school,” says Certis, who taught kindergarteners while a senior in high school. After graduating, Certis went to Vincennes University where he studied psychology and pre-law.

After graduation, Certis was encouraged by the abundance of his friends who were entering careers in tech, so he earned his A+ certificate and got a job with an IT company working the help desk.

“That’s when things exploded for me in tech,” says Certis, who has a love of technology and for education. “I liked the parts, and when taken together, they make something — just like my grandfather did.”

Certis’ grandfather, in addition to his HVAC business, could build other things, like a garage or a home from a pile of lumber. Working in tech helped Certis feel like he was getting closer to his grandfather. He quickly gained the confidence to do anything within the realm of technology. Then, when the pandemic hit, help desk requests ceased, and he lost his job.

Certis’ wife, Jessica, works for WorkOne. She encouraged Certis to explore the offerings with Eleven Fifty Academy. They have a ten year old son who had been moved to virtual school during the pandemic, so Certis chose Eleven Fifty’s part-time, 24-week cybersecurity program, to better align with their family’s schedule.

During the Eleven Fifty Academy cybersecurity course, Certis earned his Net+ and Sec+ certifications and graduated in late 2020. He was hired by the Academy as a learning assistant and quickly progressed to being an assistant instructor, and will be promoted to a full instructor this month.

“I feel like I have come full circle with Eleven Fifty Academy after taking the cybersecurity course to now being behind the curtain,” says Certis, who enjoys helping students excel through the program.

Certis is a natural instructor and educator. When he was younger, Certis considered the ministry and is very involved in his church. Certis is a self-starter and had no trouble with virtual learning. Now, as an instructor, he enjoys getting to know the students. Certis shares that it’s easier to get to know them when their cameras are on to get a feel for their personalities so he can help them the best that he can.

“I love witnessing the impact that Eleven Fifty Academy has on people’s lives and now to be a teacher, especially to those who had no prior tech experience, is exciting,” says Certis. “I get to see the glint in their eye when things ‘click’. It’s great to be a part of that.”

IPS board to vote on controversial tax referendum Saturday