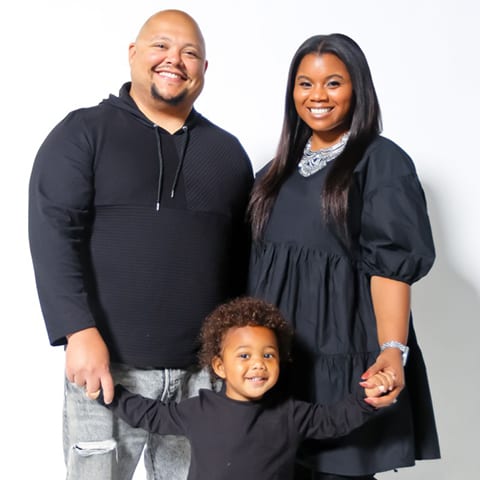 Support Your Neighbors in Need This Holiday Season

Stephen Lewis, Director of Student Success for Eleven Fifty Academy was born and raised in Indianapolis. He graduated from Arlington High School in 2006 and credits his mom for his academic successes.

“My mom was a single-mom who worked two to three jobs and made sure my sister and I were pushed to engage with the highest level of classes available,” says Stephen, who grew up in the IPS system and lived in the 46218 area.

Stephen had a lot of male role models in his life, most of whom were his football coaches.

“You are not able to define it as a kid, but looking back, football was my release,” states Stephen. And football served as the vehicle that helped Stephen earn a college degree in nonprofit business management from Earlham College in Richmond. Going to college was a big culture shock for Stephen because he left a dominantly Black community for a very diverse one when he attended Earlham.

“During college, I learned patience and how to communicate and connect with people,” states Stephen, who is now married and has a two year old son. They are expecting their second child in January.

After school, Stephen worked in a variety of different jobs in higher education. During the pandemic, he lost his leadership role with a local college. Not long after he was let go, Eleven Fifty Academy announced a job opening for a Director of Student Success. Stephen is excited to work with the nonprofit coding school.

As Eleven Fifty’s Director of Student Success, Stephen oversees and takes care of everything that a student may need outside the classroom to ensure their success in the classroom. The Student Success department ensures students have the resources they need and under Stephen’s leadership, his department has grown since he started with Eleven Fifty in January. Stephen has added two members to his team in order to provide the highest level of customer care to students. Support services may cover such things as headphones, or perhaps a student is experiencing mental health issues and needs support. The list of services provided is long and the bottom line is ensuring that students have what they need to succeed. To accomplish this, Stephen and his team work directly with the students and their instructors. They also help the students’ pivot to Eleven Fifty’s Career Services team when they are ready to graduate and apply for jobs.

“It’s my job to make sure our students leave the program feeling ready to start their new career,” says Stephen. “We really want to connect with our students and understand how their educational process [with Eleven Fifty] is impacting them, and identify how can we help each student, from social emotional needs, to helping remove any barriers to success for them. Our job is to transform lives and get people to where they want to be.”

IPS board to vote on controversial tax referendum Saturday