Jackson: Education is a key solution for Black males 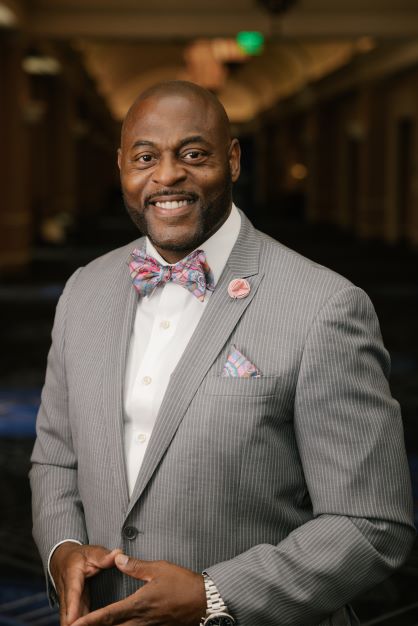 TIME IS MONEY:THREE CONSIDERATIONS TO HELP YOU MOVETHROUGH THE HOMEBUYING PROCESS MORE QUICKLY

Can I be real? Buying Black is not hard.

Opinion: Meet the woman behind the International Marketplace area redevelopment

When I was in fourth grade, the highlight of my day was playing with my friend Shane Wilson, who was white. We would race to the playground every day at Frances Bellamy School #102. I knew Shane looked different than me, but it didn’t matter. I thought he was mad cool and fun to hang with. We didn’t understand racism, discrimination and cultural barriers at the time.

One day toward the end of the school year, I was told that I wouldn’t be attending Indianapolis Public Schools anymore. Instead, I would be attending Perry Township Schools, which was almost an hour away from my house. I was hurt and devastated. I was confused. I loved my school and my teachers, especially my favorite: the firm, consistent, yet loving and caring late Dr. Delores Sangster. There was little explanation as to why I had to leave my school, my favorite teacher and, most disappointing of all, my friend Shane.

I tried to explain to Shane that I wouldn’t be at the school anymore and neither of us understood. We were both emotional and heartbroken. I didn’t understand why Shane couldn’t come to my new school since we were such good friends. I never saw him again and always thought of him through the years.

In fifth grade I started at my new school in Perry Township. I remember there were police cars and dogs all over the place. I thought someone had committed a crime at the school. Little did I know, my Black classmates and I were integrating the schools in the mid-‘80s and not everyone was happy about it. It was called busing. Neither the teachers, kids from Perry Township nor the kids from Brightwood understood the culture shock we were about to experience. Many teachers expressed their disdain toward the group of melanated students they were being forced to teach. Some even used racial slurs and microaggressions like, “You speak good English” or, “You are different than them.” My first thought was, “Who is them?” I felt like I was being set up for failure from the very beginning.

My classmates and I from Brightwood were placed in remedial classes and had to test our way into standard classes. I was only 10 years old. I knew I was smart enough to be in standard or advanced classes. I made good grades at School #102, so I couldn’t understand why those educators didn’t think I could do the same there. I guess Perry Township felt like we had not been taught at the level of their current students. This psychological treatment took a toll on a lot of kids from my neighborhood, and they couldn’t cope, either dropping out altogether or finding themselves in trouble often.

I was suspended on many occasions for trivial reasons. I learned absolutely nothing from those suspensions. Many kids from my neighborhood were also set up to fail. Many were also suspended and expelled, preparing them for the school-to-prison pipeline or death at an early age. I have witnessed both. I beat the odds and finished high school. Social interaction during my college years was much easier than my high school years.

This week I will be keynoting the Indiana Black Expo Education Summit, which comes with a lot of emotion. I can’t help but think of all my friends and colleagues from Brightwood who didn’t make it through the busing transition from IPS to Perry Township. I didn’t feel like we had a voice or mattered back then. Black men in this country are often set up and expected to fail. The suspension rates speak for themselves, while their white counterparts get less punishment for the same offenses. Systemic oppression is alive and well. We must fight this by obtaining our education and positioning ourselves to succeed.

I commend Indiana Black Expo for understanding the need for an education conference like this and allowing me the opportunity to share not only my story, but what I have learned. I was a young man who never knew his father, grew up in poverty in Brightwood, faced many obstacles from being robbed and assaulted on my paper route to being traumatized repeatedly with the death of close friends. I started my teaching career at Arlington High School in Indianapolis Public Schools.

I’m a proud product of the Brightwood community. I stand on the shoulders of Ralph Dowe, who epitomized leadership and pushed education for Black children. There is a lot of negative news, but stars come out of Brightwood. One of my best friends, Dr. Sheila Thomas, who grew up on my block on Lasalle, is now a physician in Indianapolis. Sherri and Terri Murray are successful graduates of Jackson State University and are now lawyers and doctors. Diane Tate is a psychologist in Columbus, Ohio. Robert Jackson is an award-winning author and international speaker. Don’t tell me Brightwood and inner-city neighborhoods can’t produce successful students and adults. I know what the statistics say, but God’s word is sufficient.

I believe for every problem there is a solution. The solution that we face with Black males in the school system today is more focused education. There was a time when the elders stepped up to push our kids and not condemn them. There is no such thing as a perfect parent or student. We must continue to educate, activate and motivate our kids to be great. The community must unite to wrap our arms around our youth and push them to be successful.

Getting my education at Western Kentucky University has allowed me the opportunity to live a better quality of life and mentor other kids and remind them that their current situation is not their future destination and it’s up to them to change the narrative through their education by putting in the work.

Thank you, Indiana Black Expo, for over 50 years of service to the city of Indianapolis and surrounding cities in Indiana. I will work alongside you to get the message out and put in the work to change the narrative.

Robert Jackson is a speaker who travels the country delivering keynote addresses and hosting workshops at national education conferences and k-12 schools. He is the author of books including “Becoming the Educator They Need: Strategies, Mindsets and Beliefs for Supporting Male Black and Latino Students” and “Solutions to Educating Black and Latino Males.” To learn more about Jackson, visit robertjacksonmotivates.com or standupinc.org.

As Indiana’s college-going rate dips, can an underused aid program do more?

What to know about monkeypox as kids head back to school