What’s In a Name, Indy? Haughville — Part 2: Immigration into Haughville

Haughville is part of the near west side of Indianapolis. The Haughville Historic District is bounded roughly by 10th Street, Belleview Place, Walnut Street and Concord Street. The neighborhood itself has wider boundaries.

Initially, this community grew from job opportunities available at area factories that moved operations across the White River from Indianapolis as well as from the rail yards that provided transportation for the goods produced here.

This community is generally considered to be named for the Haugh family and its business, Haugh & Co. The firm was a manufacturer that produced iron railings. Haugh & Co. became a major job center in this area of Wayne Township. Haughville grew around the factory. A slightly different explanation of the source of the community’s name comes from a news article in the Indianapolis Star. That newspaper indicated that the community was named after three brothers: Emmanuel, Benjamin and Joseph Haugh.

The first apparent printed mention of “Haughville” as a community was on April 24, 1876, as the Indianapolis News made mention of “the establishment of Haughville.”

Railroads were critical to the development of these factories and, thus, of Haughville.

On Nov. 10, 1879, the Indianapolis News reported that rail shops for the Indianapolis, Decatur & Springfield Railway “are being rapidly finished [in Haughville]. The round house will be under roof next week and the rest of the buildings finished by the 1st of January.”

The Indianapolis Journal reported on March 18, 1885, that the Indiana, Bloomington & Western Railway had begun work on new rail yards in Haughville, “directly opposite the Indianapolis, Decatur & Springfield [Railway] yards.”

Haugh & Co. was initially located at 16 North Delaware St. in Indianapolis as early as at least March 18, 1865, according to an advertisement for the firm. Sometime prior to the publication of a subsequent advertisement by the firm on March 28, 1866, the company changed its address to 74 South Pennsylvania St.

The Evansville Daily Journal included a news article on Dec. 6, 1867, that highlighted an advertisement from Haugh & Co. “We have known the young men composing this firm for years, and cheerfully bear testimony to their worth as business men, and their skill as mechanics,” the newspaper noted. “Their patent iron jail is declared to be the best thing of the kind now in use.”

On Jan. 11, 1872, the Indianapolis News reported that Haugh & Co. was adding “substantial improvements to their foundry and machine shops on South Pennsylvania street. …It will be used for manufacturing purposes.”

In preparation for its move across the White River, “Haugh & Co. are decreasing their working force materially,” according to a news article dated Nov. 1, 1875, in the Indianapolis News. The new factory was opened for operations on Michigan Street in Haughville in either the last two months of 1875 or during the first two weeks of January of 1876.

While the factory was moved out of the city of Indianapolis, the offices for Haugh & Co. remained within the city limits — at 24 South Pennsylvania St. — for some time.

An advertisement in the Indianapolis News on July 14, 1881, indicated that Benjamin Haugh, William Brown and John Ketcham had purchased Haugh & Co. Iron Works.

The work performed at this factory impacted cities far and wide from Indianapolis. According to a news article in the Indianapolis Journal dated May 8, 1887, for example, “Haugh, Ketcham & Co. are just now working their whole force on contracts to furnish the iron work for a large hotel, fire-proof, going up in Kansas City, and on a bank building that is being erected in Omaha, for which they furnish the heavy iron structural work.”

The Indianapolis Journal reported on Feb. 9, 1892, that there was a mass meeting of about 400 people where “Citizens of Haughville Take Action to Retain the Haugh-Ketcham Works. … The Haugh-Ketcham Company has received offers to move its plant.”

In April of 1892, the company was re-organized as Brown, Ketcham & Co. The firm made the decision to rebuild in Haughville.

According to information about Haughville presented by The Polis Center, William Dana Ewart moved “his chain link factory to the area [in 1885]. This company, later known as ‘Link-Belt [Company],’ becomes a major employer in the neighborhood.” The Polis Center also noted that in that same year, National Malleable Castings began its recruitment campaign to bring Eastern Europeans to Indianapolis as workers for its factory. Many of those who arrived in the early years were Slovenian men.

Information on the role of immigrants in the development Haughville will be detailed in Part 2. 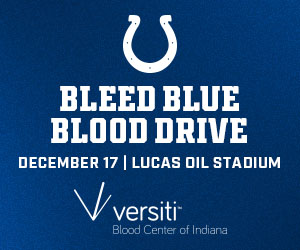